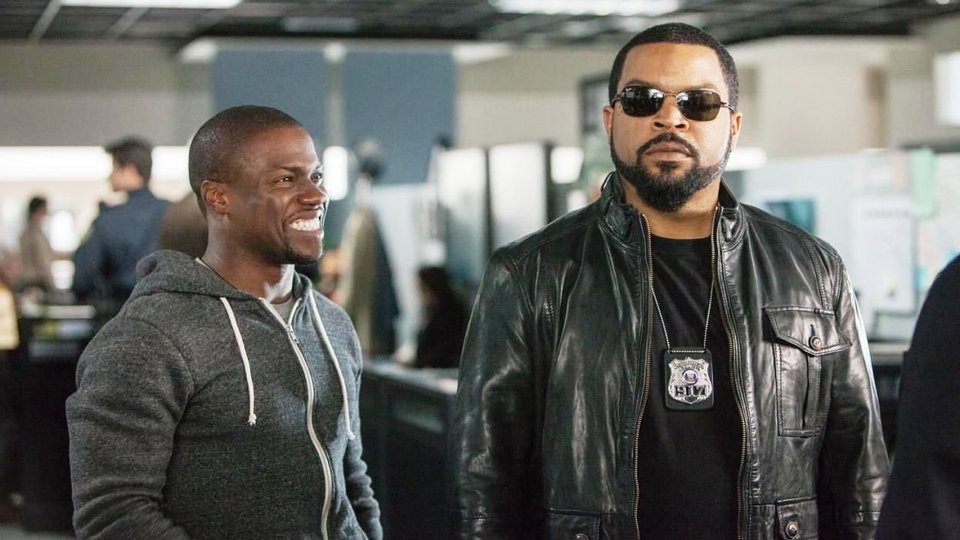 Ride Along is the side-splitting smash hit action comedy about an ambitious and driven high school security guard who not only has to impress the police academy for his dream police job, he has to impress something far scarier than the law – his girlfriend’s cop brother. Join the recruit as Ride Alongarrives to Blu-Ray and DVD from June 30th 2014 from Universal Pictures (UK).

Ride Along is the uproarious laugh out loud action comedy about a fast talking security guard, Ben, (Kevin Hart) who joins his cop brother-in-law, James, (Ice Cube) on a 24-hour patrol of Atlanta in order to prove himself worthy of marrying Angela, James’ sister.

Ben sees himself as a crime fighting police man and isn’t going to let anyone stop him from achieving his dreams in love and career. What could possibly go wrong?

Ride shotgun with Ben and James as the funniest film of the year slams into your homes on Blu-Ray + Ultraviolet™ and DVD on 30th June 2014 from Universal Pictures (UK)!

To be in with a chance of winning 2 copies of Ride Along on Blu-ray, just answer the question below.

In this article:Competition, Ice Cube, Kevin Hart, Ride Along