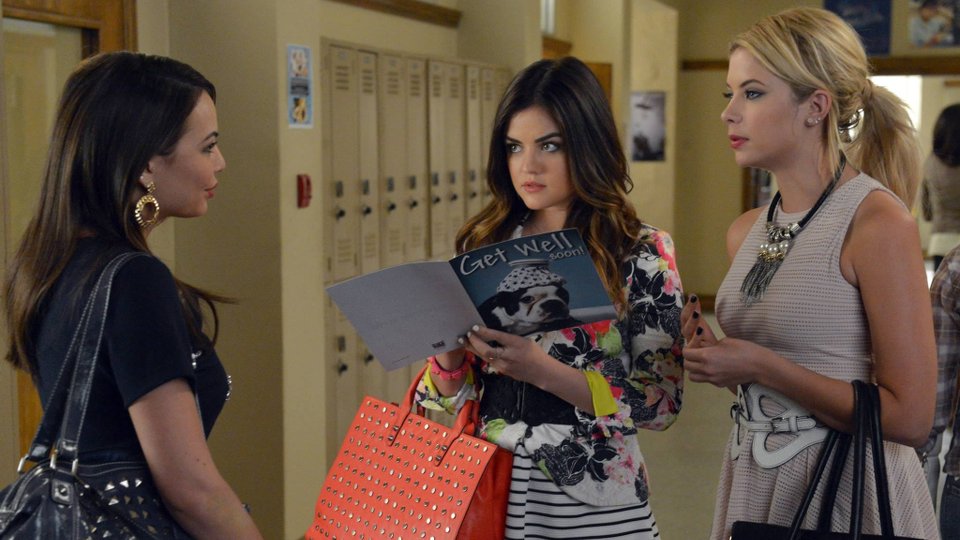 Pretty Little Liars continues Tuesday night in the US at 8/7c and a handful of video previews have been released from the episode.

The episode came to a close with the discovery of Jessica’s body in the back garden. Who killed her? Was it something to do with A?

Ahead of this week’s episode Surfing The Aftershocks, ABC Family have released three new clips and the promo: