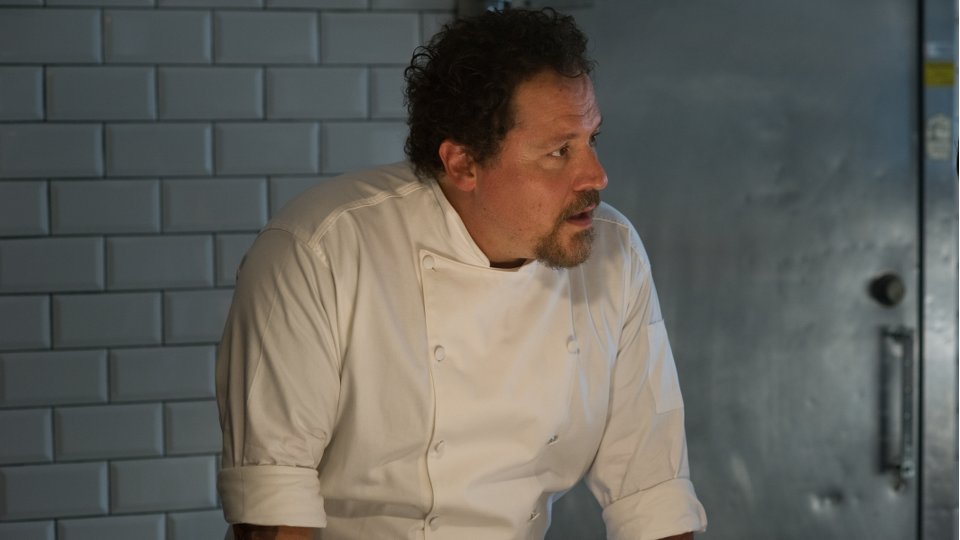 John Favreau marks a return to the big screen in the brand new comedy Chef – opening nationwide on June 25th.

When Chef Carl Casper (Jon Favreau) suddenly quits his job at a prominent Los Angeles restaurant after refusing to compromise his creative integrity for its controlling owner (Dustin Hoffman), he is left to figure out what’s next. Finding himself in Miami, he teams up with his ex-wife (Sofia Vergara), his friend (John Leguizamo) and his son (Emjay Anthony) to launch a food truck. Taking to the road, Chef Carl goes back to his roots to reignite his passion for the kitchen — and zest for life and love.

To celebrate Chef, we take a look back at some key facts on Jon Favreau and his career.

Before embarking on an acting career, Favreau attended Queens College from 1984 to 87, at which point he dropped out to work for Bear Stearns on Wall Street. He returned to Queens College for a semester in 1988 before dropping out again, a few credits short of a degree.

After leaving college, Favreau moved to Chicago to pursue a comedy career. He performed at a number of improvisational theatres including the ImprovOlympic and the Improv Institute. While there, he landed a small number of bit parts in films.

These parts included a small role in Rudy where he met fellow cast mate Vince Vaughn. Due to the personal friendship that evolved, the pair were to be instrumental in developing each other’s careers in the following years.

Though Favreau began his career as a comedian and actor, he has gone on to direct, produce and write a vast number of acclaimed films and television shows, alongside acting. He has appeared in almost 40 films and has directed another 19. Take a look at some of his most memorable contributions to film:

Notes from Underground marks one of a string of independent films that Favreau appeared in, and was known for, early in his career. This part demonstrates Favreau’s willingness to take on challenging roles outside of the mainstream.

Favreau took on the role of Zerkov in the adaptation of Dostoevsky’s novella. The film follows the intimate thoughts of a building inspector suffering from loneliness.

Favreau had appeared in a number of movies before this, but Swingers is often regarded as his breakthrough film. As well as writing this classic, he also starred in it alongside Vince Vaughn, with whom he has had an enduring on and off screen friendship.

Made is the first film of many films that Favreau has directed. Apart from Favreau’s latest project Chef, it is the only film that he has written, produced, directed and appeared in.

Bobby, played by Favreau, carries out work for the local mafia boss, but as an honest mason. Struggling to support his stripper girlfriend and daughter, he decides to carry out a money laundering job for the mafia. His poor judgment leads him to bring along his friend Ricky, played by Vince Vaughn, to help in the transaction. Though their partnership is very turbulent, it survives to the end of the film. After Bobby’s child is abandoned by her mother, the pair ends up bringing her up together.

This memorable family comedy marks Favreau’s first directorial venture into the mainstream.  As well as directing, he makes a cameo appearance as the doctor to Buddy the Elf.

Fun fact: Favreau provides the voice of the ‘narwhal’ who wishes Buddy luck on his adventure!

Iron Man follows Tony Stark the playboy and engineering genius, who after being wounded by captors in Afghanistan creates the ‘Iron Man’ suit to protect himself. As with many other films that Favreau has directed, he also appears in the film. This time, as Harold ‘Happy’ Hogan.

Trivia: Favreau was the first actor to appear in a Marvel film as well as direct one. He was also the first to play two unrelated Marvel characters (playing “Foggy Nelson” in Daredevil and Harold Hogan in Iron Man).

Featuring an all-star cast, Favreau wrote, produced, directed and stars in his latest film Chef. It is a sharp and witty feel-good comedy that follows Chef Carl Casper, played by Favreau, who ends up the star of a viral video after blowing up at a food critic when his boss (played by Dustin Hoffman) stifles his creative vision in the kitchen.

Finding himself without a job and at his wits end, he ends up in Miami with his ex-wife (Sofia Vergara), his best friend (John Leguizamo) and his son (Emjay Anthony) on a mission to launch a food truck. Taking to the road, Chef Carl goes back to his roots to reignite his passion for the kitchen — and zest for life and love.

Favreau enjoyed returning to a smaller-scale film in which he could once again rely on his own talents and vision.

·He has three children, Max, Madeleine and Brighton Rose, with his wife Joya.

·Favreau credits the fantasy game Dungeons and Dragons as key in developing his imagination and story-telling ability.

·After quitting his job on Wall Street in the 1980s, he considered becoming a New York fireman.

·Favreau wanted to do a Christmas film and was offered Surviving Christmas (directed instead by Mike Mitchell), before opting instead for Elf.

“I’ve always wanted to call the shots because I would rather fail than not have a chance to figure it out on my own. I’m a very lazy person by nature. I have to be really engaged, and then I go straight from lazy to obsessive.”

In this article:Chef, Jon Favreau