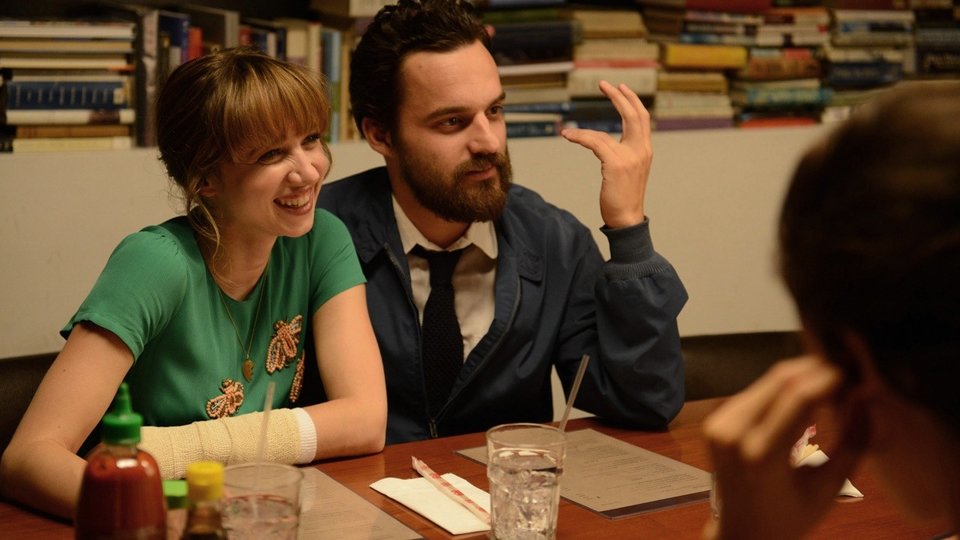 Zoe Kazan (Ruby Sparks), Jake Johnson (TV’s New Girl), Ron Livingston (Drinking Buddies) and John Carroll Lynch (Crazy, Stupid, Love) star in the sweet and witty indie comedy The Pretty One, available on DVD June 16 from Sony Pictures Home Entertainment. Official Selection at the 2013 Tribeca Film Festival and Winner of Best Feature and Best Director at the 2013 Savannah Film and Video Festival, The Pretty One is a tale of self-discovery and empowerment.

When an eccentric and insecure young woman (Kazan) is mistaken for her identical twin, after a traumatic car accident, she seizes the opportunity to leave behind her pathetic existence and assume her sister’s life. Through her masquerade as “the pretty one,” she finally learns to value her own identity. Now, with the DVD, fans can take a closer look at the visual effects used to create the characters and sets in the film with “The Pretty One: Visual Effects” featurette.

Laurel (Kazan) has always been the odd wallflower, choosing to live at home with her father, while her glamorous identical twin, Audrey (Kazan), possesses the confidence and appeal to succeed in the big city.  When tragedy strikes and Laurel is mistaken for her twin sister, she makes the impulsive decision to assume her sister’s identity and become The Pretty One. As she eases into her new, independent existence, Laurel discovers that she’s capable of accomplishments she had never before dreamed of: excelling in a career, maintaining friendships and even finding love. Zoe Kazan (Ruby Sparks), Jake Johnson (TV’s New Girl) and Ron Livingston (Drinking Buddies) star in this quirky, comedic drama about family ties and second chances.

To be in with a chance of winning one of 3 DVDs of The Pretty One, just answer the question below.

In this article:Competition, The Pretty One, Zoe Kazan