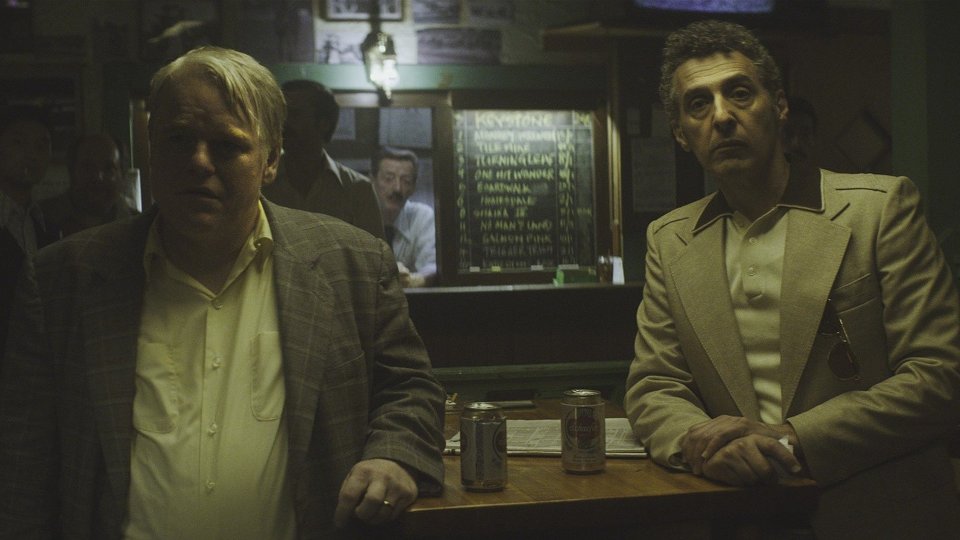 Mad Men’s John Slattery makes his feature film directorial debut with God’s Pocket which will be released on 8th August 2014.

The synopsis for the movie is: When Mickey’s (Seymour Hoffman) crazy stepson Leon (Landry Jones) is killed in a construction ‘accident’, nobody in the working class neighbourhood of God’s Pocket is sorry he’s gone. Mickey tries to bury the bad news with the body, but when the boy’s mother (Hendricks) demands the truth, and a local reporter (Jenkins) starts sniffing around, Mickey finds himself stuck in a darkly comedic life and death struggle. A body he can’t bury, a wife he can’t please and a debt he can’t pay.

God’s Pocket is a Park Pictures Film in association with Cooper’s Town Productions and Shoestring Pictures.