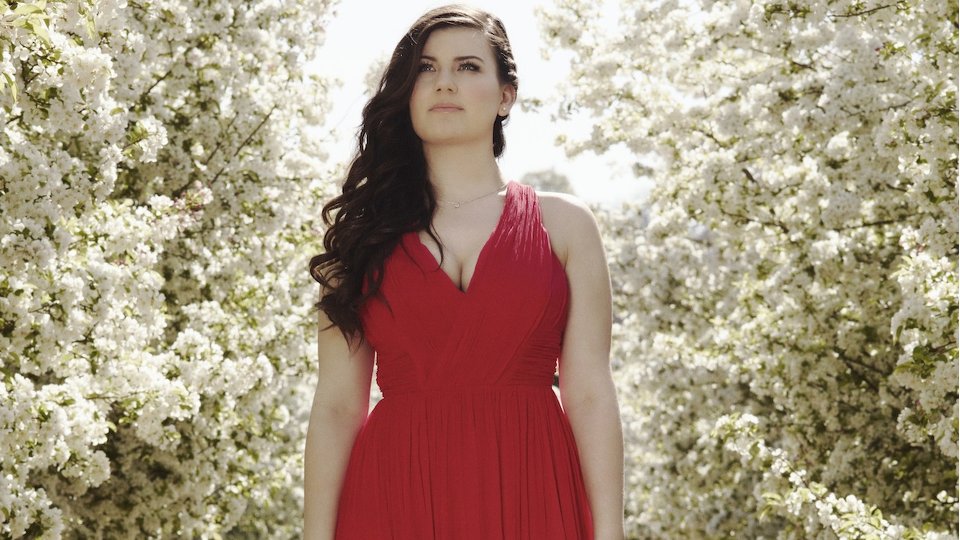 Charlotte and Jonathan are now more (at least for now), with both of them taking on solo projects and going their separate ways. They rose to fame and infamously refused to be separated from each other on their Britain’s Got Talent audition, following comments from Simon Cowell upon first meeting them.

Fast forward a couple of years later, having sold  now more than a quarter of a million records as a duo, that is where they find themselves, as they embark on the next stage of their careers.

We have interviewed Jonathan and Charlotte and monitored their progress from the very beginning and it will be interesting to see what paths their careers now take them in. Charlotte has always expressed her love for musicals and her new album, Solitaire features songs from musicals such as Phantom of the Opera and Les Mis, amongst others that we are sure her fans will love. We’ve had a sneak preview and can safely say that Charlotte is sounding as great as ever.

Charlotte, you’ve recorded your own solo album, due for release in June. Although you’ve done some solo songs on the last album that you released as Jonathan and Charlotte (Perhaps Love). How did it feel to go into the recording studio without Jonathan this time around and create a whole solo album?

It was a little bit strange, not having him there at first. It took quite a bit of getting used to, to be honest. But I enjoyed it. In terms of what fit and felt right for me and in terms of song choice, I feel like I’ve had more freedom to do my own thing.

What can we expect from your debut album?

There are a mixture of songs on the album and I’ve got some of my all time favourite songs on there, which is great, as I love to sing them. It’s still in the same mould as the songs that I did as part of Jonathan and Charlotte, so the fans are going to love it.

You’ve done songs from a few musicals on the album and you’ve made it no secret that you’d love to perform in a musical. (Andrew Lloyd Webber, we hope you’re reading). If you had the chance to go in to any West End show, which one would it be?

I’d definitely pick Les Miserables, that’s one of my all time favourites. It’s such a fantastic musical, with some really amazing songs in, that I love to sing.

What are your plans for the summer?

I haven’t really planned that far ahead yet, but there’s going to be lots of promotion work with the release of my album. So I’m just going to wait and see how the album goes first, then we’ll take it from there.

Will there be a solo tour to accompany the album?

I’d like that, that would be a lot of fun, but we have to see how the album goes first (laughs).

We were at Richard & Adam’s concert at the Cadogan Hall recently, where you made a guest appearance. How did you find the experience of sharing the stage with them?

I went on stage and performed on my own, which was a bit nerve wracking initially, but also enjoyable, then they joined me on stage. It’ll take some getting used to, singing on the stage on my own. They’ve been on a similar journey to me, with Britain’s Got Talent, so it was a nice experience to have them around too. They’re such lovely guys.

Their Nan gets a mention quite a lot in their shows. Did you get to meet her?

I did meet their Nan, she is lovely. All the family are great, but especially their Nan!

You’ve experienced a lot over the last two years, what would you say has been the highlight of your career so far?

I would definitely say Britian’s Got Talent. That was the platform that launched everything for me.

Charlotte’s album – Solitaire, will be released on June 9th 2014.

In this article:Charlotte Jaconelli, Jonathan and Charlotte, Solitaire