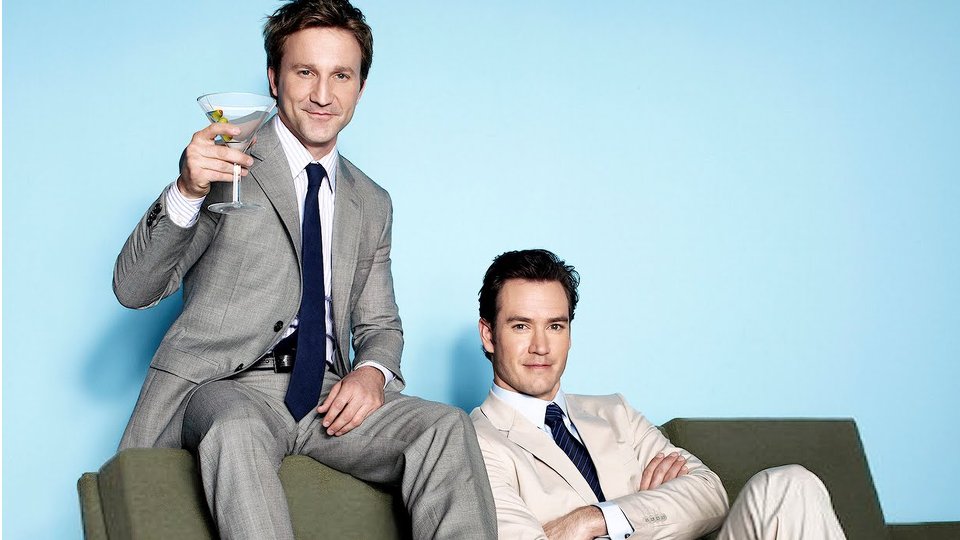 Franklin & Bash is one of those shows you’ve likely heard of but perhaps never actually seen. The legal comedy-drama has a solid following in the US where it’s aired on TNT and just been renewed for a fourth season. Here in the UK the show is broadcast on E4 but it’s kept a relatively low profile. The second season has recently made its way onto DVD.

Franklin & Bash: The Complete Second Season comprises of 10 episodes continuing the adventures of the titular characters. Streetwise attorneys Jared Franklin (Breckin Meyer) and Peter Bash (Mark-Paul Gosselaar) were hired by Stanton Infeld (Malcolm McDowell) to join his law firm after they defeated one of his attorneys, Damian Karp (Reed Diamond) who is also his nephew. Their addition to the firm in the first season proved unpopular with Damian and his ex-girlfriend Hanna (Garcelle Beauvais).

The second season of the show opens with Franklin & Bash within arms reach of being voted in as partners of the firm. Whether or not they succeed we’re not going to tell you but their efforts in trying bring the usual comedy that makes the show an entertaining watch. Over the course of the season many obstacles come their way including their first manslaughter case (Viper), the arrival of Peter’s feisty mother Colleen (Jane Seymour) and a surprise move by Jared’s father Leonard (Beau Bridges) which could change the futures of the two characters.

Franklin & Bash isn’t the kind of show that’s going to pile up the awards or win the place of favourite TV show in your heart but there’s a definite charm to it. In most part that is down to the dynamic of Meyer and Gosselaar who make a fantastic on-screen duo. They bounce off each other and their comedic timing is impressive. They do get strong support from Malcolm McDowell as their despairing boss and Reed Diamond proves a worthy adversary for them as he constantly tries to get them ousted from the company.

Sadly there are no extras on the boxset which is a shame as we imagine there are some great blooper reels and behind-the-scenes footage from the show.

Franklin & Bash: The Complete Second Season is entertaining fare that won’t take up too much of your time but will nicely fill a gap in your TV viewing schedule. The comedy-drama is full of charm and the energetic performances of its two leads is definitely it’s strongest aspect. If you’ve never seen the show then you should give it a go and we guess you’ll probably like it.