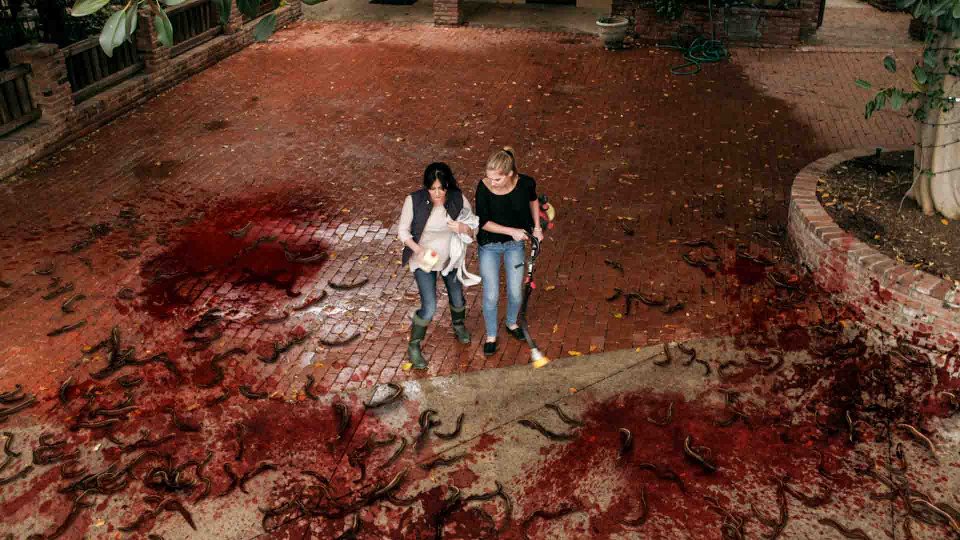 Blood Lake: Attack of the Killer Lampreys will be airing on Animal Planet in the UK next week.

The B-movie follows in the footsteps of the critically-panned but still hugely popular Sharknado and stars Shannen Doherty (Charmed) and Christopher Lloyd (Back To The Future). Blood Lake: Attack of the Killer Lampreys comes from the team behind Sharknado and is sure to get viewers talking.

The movie follows the terrorising tale of eel-like fish, lampreys, which wreak bloody havoc on a small US town. With their giant-toothed, funnel-like mouths attacking all those in their path, the town’s residents quickly learn that a casual dip in the pool, fishing trip or routine trip to the toilet can turn deadly as the killer lampreys hunt for their next blood-filled victim…

Blood Lake: Attack of the Killer Lampreys premieres on Wednesday 4th June at 9pm on Animal Planet as part of Monster Week. Check out some clips from the movie below: