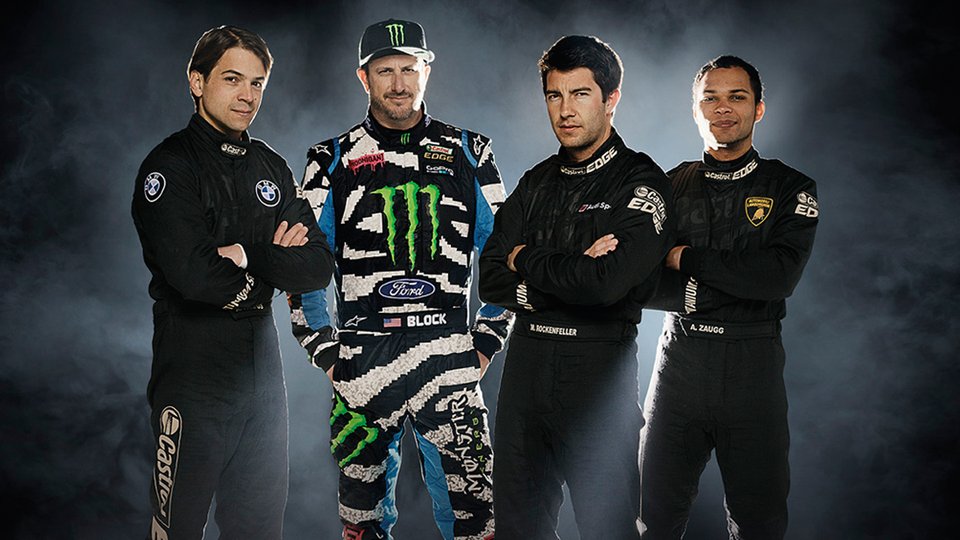 The 3-minute video is titled Castrol EDGE Titanium Trial: Titanium Strong Blackout and sees the drivers team up for the first time to take on a one-of-a-kind race against the lights on a course drenched in darkness. The challenge is powered by Castrol EDGE which is now boosted with Titanium FST.

The stunt features the world’s first state-of-the-art pitch-black racetrack made out of hundreds of beams of light. Designed to accommodate a four-car relay, the course tests the team’s driving skill as they work together.

At each stage of the course there were light obstacles for the drivers to overcome including The Laser Tunnel, Laser Drift, Slalom and Laser Box. Ken performed a synchronised jump over Mike Rockenfeller’s Audio R8 V10.

After shooting the Trial Ken Block said: “Blackout was unlike anything I’ve done before. It was like being inside an actual video game. The course would keep appearing and then disappearing as I was driving and attempting to coordinate my segment with the other drivers. It definitely wasn’t an easy challenge.”

Marshmallow Laser Feast were responsible for the light obstacles and partnered with award-winning production company Logan for the stunt. Check it out below:

Advertisement. Scroll to continue reading.
In this article:Castrol EDGE