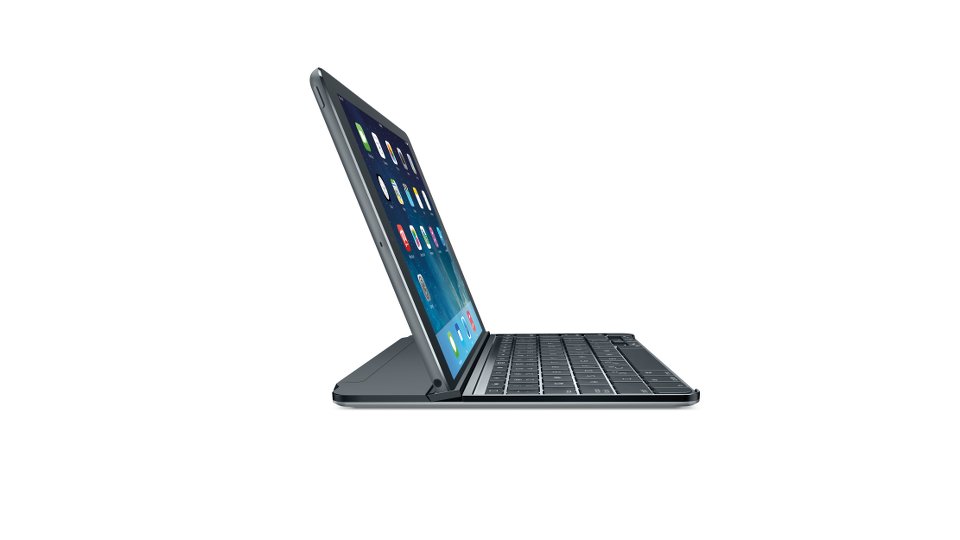 Logitech has announced an update to its tablet accessories product line with the new Logitech Ultrathin for iPad Air, iPad mini and iPad mini with Retina display.

The update improves the flexibility and design of its award-winning predecessor offering an even thinner and lighter keyboard cover as well as a new multi-angle slot that adds the freedom to adjust the viewing angle.

“The way we use the iPad is changing,” said Mike Culver, vice president and general manager of mobility at Logitech. “The iPad is no longer just for content consumption; it is for content creation wherever you go. The Logitech Ultrathin has evolved with the new ways in which we use the iPad making it thinner, lighter and more flexible than ever before. It is the other half of your iPad.”

The new design is only 6.4mm thick and at about two-thirds the weight of the iPad. The new multi-angle slot securely attaches to your iPad with a magnetic clip whilst the Bluetooth keyboard features well-spaced keys with an optimised layout.

The Logitech Ultrathin will be priced around £89.99 for iPad Air and £69.99 for iPad mini and iPad mini with Retina display. It will be available from June 2014 in Europe.