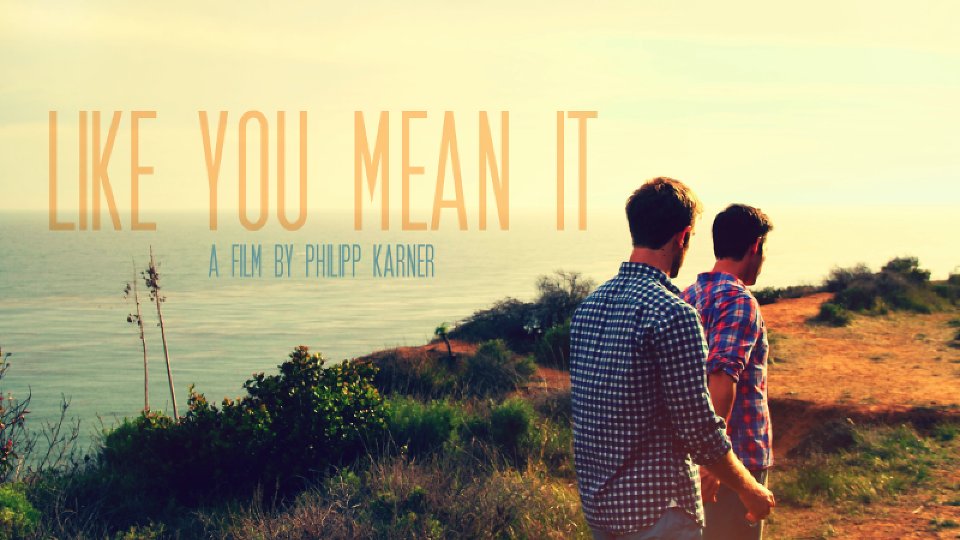 Independent film-maker Philipp Karner has launched an Indiegogo campaign for his new movie Like You Mean It, which he wrote, directed and stars in.

Like You Mean It is an intimate film about on gay couple’s journey as they attempt to revive their relationship. The synopsis for the movie is:

When Mark and Jonah’s best friends break up and Mark’s father passes away, cracks begin to show between the two. While Jonah’s feelings for Mark continue to grow stronger,  Mark isn’t sure how he feels anymore. Nevertheless, they are determined to get back on track and save their relationship.

Like You Mean It has already been filmed but the Indiegogo campaign has been launched to raise funds to pay for the editing of the film, the sound mix, the score, music licences and colour correction. There are a variety of perks depending on how much you donate.

Philipp premiered his first film Diving Normal, which he co-wrote with Scotty Crowe, at the Dallas International Film Festival. It picked up the Audience Choice Award for Best Feature Film at the Beverly Hills Film Festival and recently picked up distribution with a release scheduled for this summer. Philipp is also an actor having starred in film and TV most recently ABC’s mid-season hit Mistresses.

You can get involved and donate by heading over to http://igg.me/at/likeyoumeanit/x

Watch the Indiegogo campaign video which features footage from the movie giving you a feel of what it’s all about:

lymi1 from Denver Milord on Vimeo.

Advertisement. Scroll to continue reading.
In this article:Like You Mean It, Philipp Karner