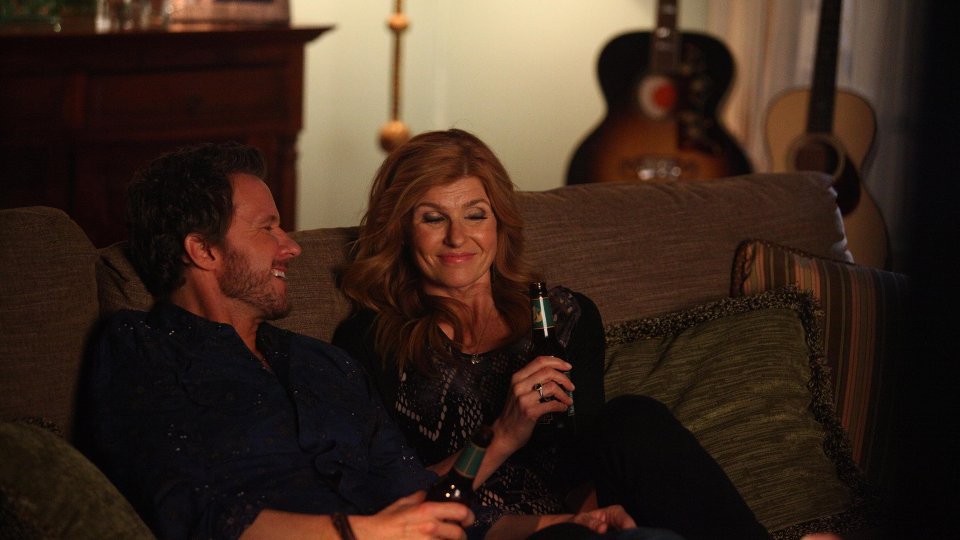 Tonight’s Nashville was a storm of drama and emotion as everyone death with the aftermath of Lamar’s (Powers Boothe) untimely demise.

Rayna (Connie Britton) acted like she didn’t care about his death following all the revelations about his involvement in the death of her mother and Peggy (Kimberly Williams-Paisley). The rest of the family didn’t take it quite so well with Tandy (Judith Hoag) filled with remorse for her actions whilst Teddy (Eric Close) battles with the guilt of doing nothing as he watched Lamar die.

Elsewhere Juliette (Hayden Panettiere) caught the eye of a top producer after Avery (Jonathan Jackson) worked his magic on her new single Don’t Put Dirt On My Grave Just Yet and Deacon (Charles Esten) enlisted Zoey (Chaley Rose), Gunnar (Sam Palladio) and Avery to be his back-up for a gig.

The next episode of Nashville’s second season is titled Guilty Street. As major pop labels jostle to sign up Juliette, Avery struggles with the experience of dating a woman who is much richer and more influential than he is.

Tune into More4 at 10pm on Thursday for the next episode of Nashville. Preview it with our gallery below: