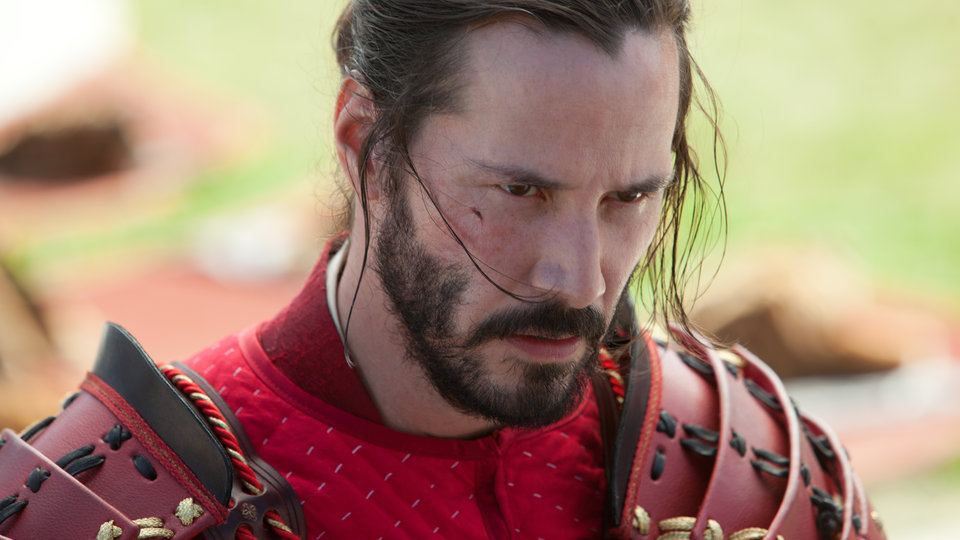 Japanese legend comes to life when Keanu Reeves makes an explosive return in the epic action-adventure 47 Ronin. A visually spectacular story of revenge, love and honour, 47 Ronin is based on the fictional story of the forty-seven Ronin, a real-life group of master-less samurai who in 18th-century Japan choose to avenge the murder of their master.

A fantasy tale of revenge, with legendary heroes, shape-shifting witches, mythical beasts, told with incredible special effects 47 Ronin is available to own on Blu-ray and DVD with UltraViolet™ from 12 May 2014, Limited Edition 2-disc lenticular, 3D and 2D Blu-ray also available.

47 Ronin available on Blu-ray and DVD with UltraViolet™ from 12 May 2014, Limited Edition 2-disc lenticular, 3D and 2D Blu-ray also available.

To celebrate the release we are giving you the chance to win a Blu-ray copy of 47 Ronin!

1. The competition is open to UK and Republic of Ireland residents who are aged 18 years or over except employees of Universal Pictures (UK) Ltd, and their affiliated companies, their families or agencies or anyone professionally connected with the promotion. The Promoter reserves the right to verify the eligibility of entrants.
2. To enter answer the question above.
3. All entries must be submitted in the method provided for in these Terms and Conditions. All entries must include the name, address, age and email address of the entrant.
4. The winner will be drawn at random from all correct entries received and the judge’s decision is final.
5. Closing date for entry is [midnight] on [May 16th 2014]. Any entries received after the closing date will not be accepted.
6. Only one entry per person permitted
7. Judges decision is final and no correspondence will be entered into regarding the outcome of the Prize awarded.
8. The prize is non-transferable and no cash alternative is available. The Promoter reserves the right to substitute the prize for one of equal or greater value.
9. The Promoter reserves the right to terminate, amend or extend this promotion in the event of exceptional circumstances outside its control which affect its ability to operate the promotion.
10. Winners may be required to take part in publicity associated with this promotion.
11. In administrating this promotion the Promoter will not collect more of your personal information than absolutely necessary and will only use your personal information for the purposes of this promotion.