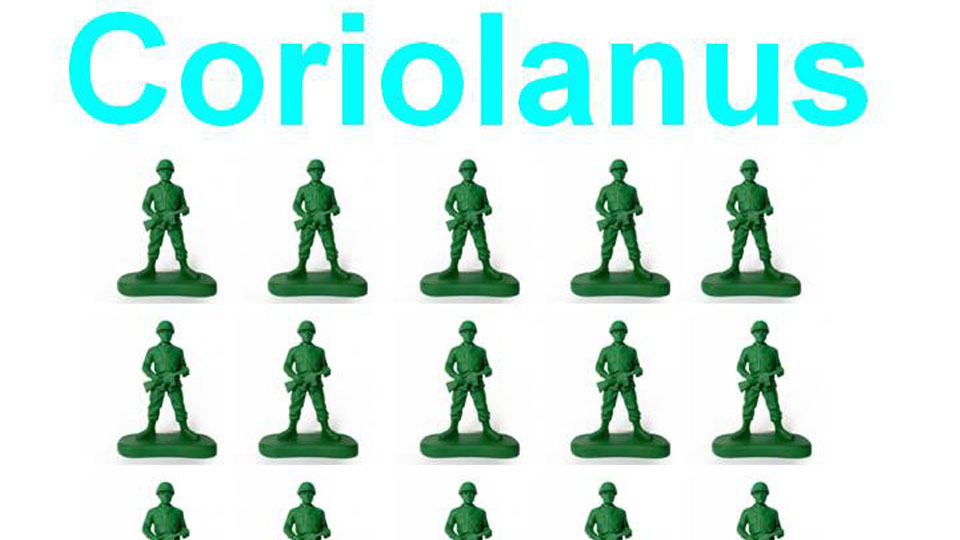 We have already brought news that Lazarus Theatre Company are to return to the Camden Fringe for the fifth time with a brand new production of Troilus and Cressida.

We can now exclusively announce that they will bolster their season with a production of Coriolanus, one of Shakespeare’s Roman plays.

Coriolanus, Shakespeare’s bloody Roman play, will complete Lazarus’s season which is themed “our world at war”. It will be directed by Ricky Dukes.

Rome’s prodigal son must lead a war against a villainous enemy. Triumphant and applauded as hero on his return, Coriolanus is thrust into a media frenzy. His disgust for the political elite and his distrust of the people leads to his dismissal, dishonour and exile. His revenge shall be the end for all.

An ensemble cast will use text, movement and music to stage one of Shakespeare’s most gripping explorations of power and conflict, in what promises to be a visceral and violent production.