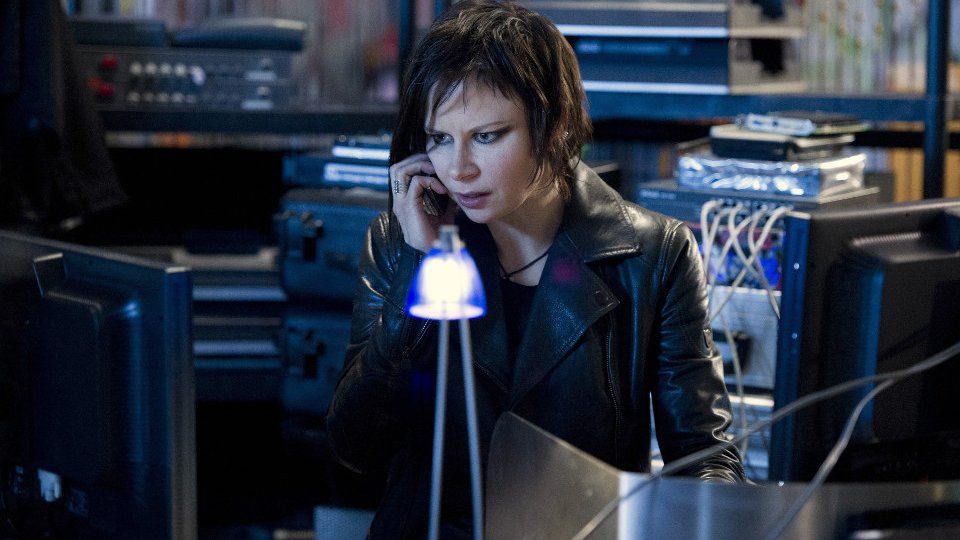 24: Live Another Day kicked off in the early hours this morning and we have to say the two-hour season premiere was everything we hoped it would be.

If you haven’t seen the two-hour season premiere and don’t want anything spoiled we suggest you stop reading right now. If you have seen it then keep on reading.

In classic 24 style there were plenty of twists and turns as Jack Bauer (Kiefer Sutherland) made his return. Now in London and on the run from the CIA, Jack is trying to figure out who has it in for President Heller (William Devane) after it becomes clear someone is trying to assassinate the US President on UK soil. Reuniting with Chloe (Mary Lynn Rajskub) who is now sporting a goth makeover and working for an underground hacker group, all the wheels were set in motion for a fantastic new season.

In the two-hour opener we saw Jack kicking ass as the CIA tried (and failed) to detain him with newly reinstated agent Kate Morgan (Yvonne Strahovski) leading the charge with her replacement Erik Rutter (Gbenga Akkinagbe) none too happy about it. We also caught up with Audrey who is now married to her father’s Chief of Staff Mark and seems surprisingly together considering she was near catatonic last we saw her. She’s also dealing with her father’s debilitating mental illness.

At the end of the first two episodes there was a fairly big reveal, thanks to Sky 1 for ruining that one for us with their 30 minute preview before the show started, and that was that rogue hacker Yates (Joseph Millson) who is behind the drone attacks was killed by his seemingly dumb girlfriend (Emily Berrington) who tuned out to be the daughter of this season’s villain Margot (Michelle Fairley).

The next episode of the show picks up the action from 1:00pm – 2:00pm and at this stage there’s not a lot known about what’s coming next. We think it’s safe to say that Jack and Chloe’s strained relationship is going to come under the microscope a bit more and it can’t be too long before Audrey discovers that Jack is back.

Tune into 24: Live Another Day Mondays at 9/8c in the US on FOX and Wednesdays at 9pm in the UK on Sky 1 HD. Preview the episode with our gallery below: