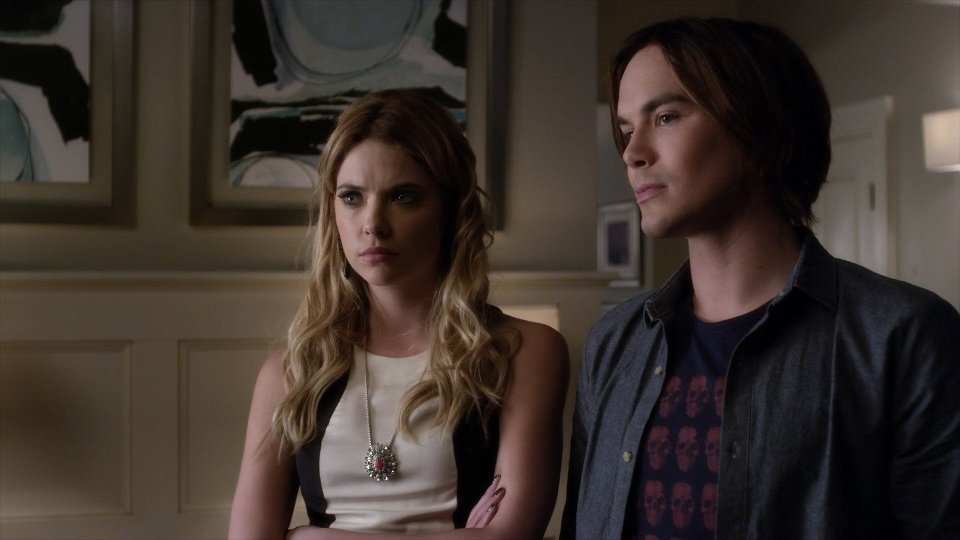 Pretty Little Liars star Ashley Benson has teased a love triangle for her character Hannah in the fifth season of the hit ABC Family show.

Taking to Instagram Ashley posted a photo of her with Tyler Blackburn who plays Caleb on the show and Luke Kleintank who plays Travis. In the fourth season of the show Caleb and Hanna broke up when he moved to Ravenswood and Hanna started a relationship with new boy Travis.

Caleb is set to return to Rosewood in the fifth episode of the new season of Pretty Little Liars, which is also the show’s 100th episode. Will Hanna stick with Travis or will she find herself back in the arms of her long-time on/off boyfriend Caleb?

Ashley also posted a photo of her with Tyler along with a video featuring herself, Tyler and castmate Shay Mitchell who plays Emily in the show. Check them all out below: