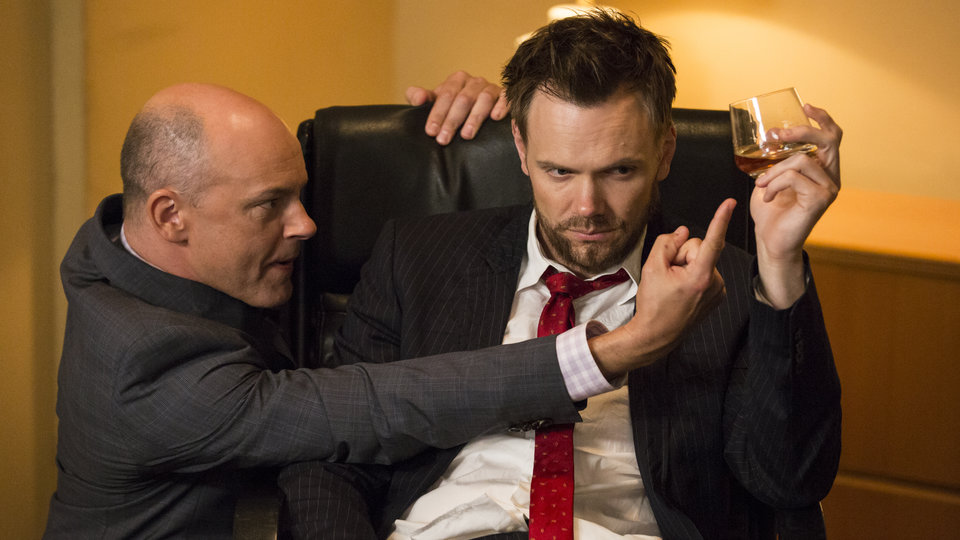 Sony Entertainment Television is thrilled to announce the return of cult US comedy Community to the UK tonight (April 10th). Its 5th Season premières exclusively on the Sony channel (Sky 157/Virgin 193/BT and TalkTalk 454) at 10pm, (Thursday 10th April) just a few weeks behind it’s US transmission.

To celebrate Community Season 5, EF are giving away a SIGNED Community poster autographed by the entire cast along with Seasons 1-4 on DVD and a Community t-shirt. A runner up with also get a signed poster and t-shirt too!

Season 5 sees some cast changes with Chevy Chase leaving and Breaking Bad’s Jonathan Banks joining as the imperiously cranky Buzz Hickey. Jeff (that’s Mr. Winger to you) makes a shock return as a teacher and a Greendale-wide search for a troublemaker known only as the Ass Crack Bandit gets all of the college on alert.

With series creator Dan Harmon triumphantly back at the helm, Community’s fifth season sees the pop-culture-riffing comic phenomenon reach stunning new heights, including a G.I. Joe cartoon inspired episode later in the season that needs to be seen to be believed.

To be in with a chance of winning these amazing prizes, just answer the question below.

Jason Palmerhttp://www.entertainment-focus.com
Jason is a film contributor for Entertainment Focus (EF) bringing you the latest news and reviews from the movie world.
Previous article
Win The Raid 2 merchandise
Next article
Win G.B.F on DVD