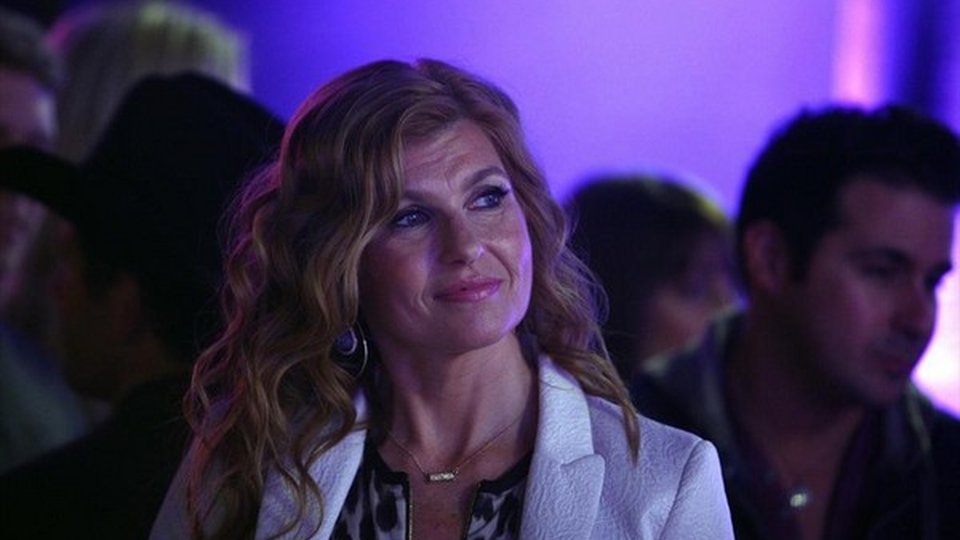 Tonight’s Nashville was a pretty dramatic affair wasn’t it?

As the episode drew to a close Peggy (Kimberly Williams-Paisley) was shot at Teddy’s (Eric Close) Music City Festival and it’s unclear if she’s going to survive or not? Another character’s fate also hung in the balance as Will Lexington (Chris Carmack) continued to struggle with his sexuality and took himself off to some train tracks to end his torment.

It’s safe to say that we’ll be tuning in next week to see if Peggy and Will live or die. Our nails are well and truly bitten in anticipation. Elsewhere in the episode Deacon (Charles Esten) continued to taunt Teddy by playing a show outside the festival after Teddy had him removed from the line-up. Juliette (Hayden Panettiere) had another rough week as the press ripped her to shreds over her affair with Charlie Wentworth (Charlie Bewley) casting a negative light on the festival.

Next week’s episode is called I’ll Keep Climbing. Teddy holds a press conference in the aftermath of the shooting. Juliette’s damaged reputation takes another blow. Deacon struggles to write a song.

Tune into Nashville next week at 10pm on More4. Preview the episode with our gallery below and take note that Kelly Clarkson is guest-starring: