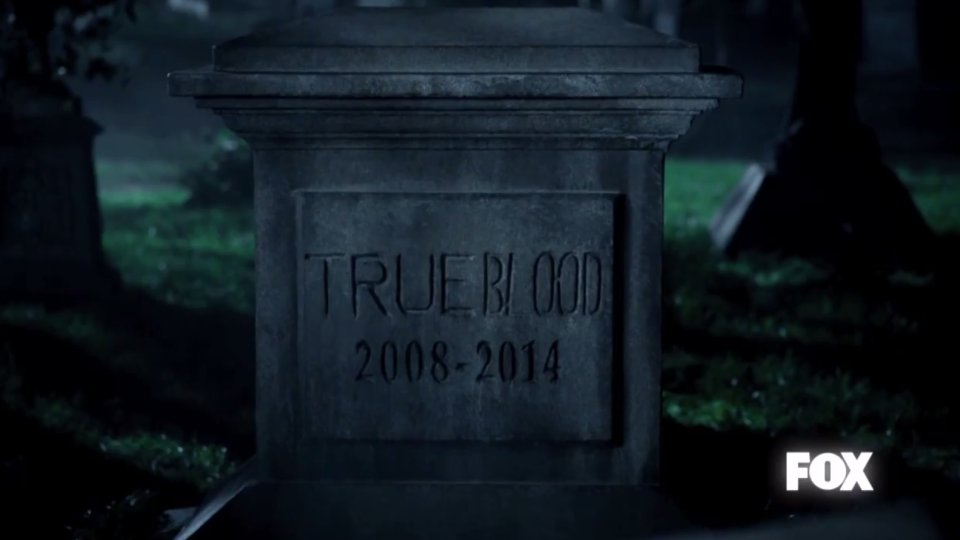 True Blood has unveiled a teaser trailer for its seventh and final season.

The show is due to return in the UK in July on FOX and the new trailer shows the gravestones of the many characters who have died over the course of the series. The final gravestone says ‘True Blood 2008-2014’.

True Blood has been a huge international success for HBO and is based on Charlaine Harris’ Sookie Stackhouse novels. The show follows the story of Sookie (Anna Paquin) a waitress who is part-faerie and can hear the thoughts of other people. Her life has been caught up with vampires Bill Compton (Stephen Moyer) and Eric Northman (Alexander Skarsgard).

At the end of season six time had moved on since the vamps broke free from captivity and a virus is now spreading throughout Bon Temps. Eric had seemingly died too but we reckon he’ll be back for this final season.

Check out the teaser trailer for the final season of True Blood below: