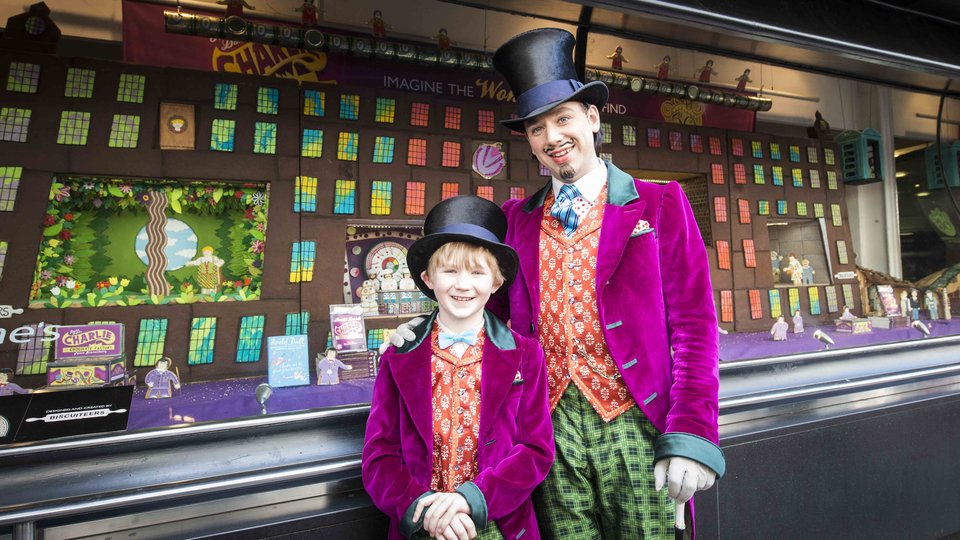 Based on scenes from the musical and created entirely out of chocolate biscuit and icing, it took Biscuiteers 300 hours to design, bake, build and decorate this edible Chocolate Factory.

The entire chocolate factory has been lovingly recreated so that passers-by can look through this extraordinary 3D structure into each room and see Augustus Gloop being sucked in to the chocolate river in the chocolate room, Violet Beauregarde blowing up into a blueberry in the inventing room, Veruca Salt being thrown down the rubbish chute in the nut room and Mike Teavee being shrunk in the television room.

Charlie and the Chocolate Factory is directed by Sam Mendes. Featuring ingenious stagecraft, the wonder of the original story that has captivated the world for almost 50 years is brought to life with music by Marc Shaiman, and lyrics by Scott Wittman and Marc Shaiman, a book by award-winning playwright and adaptor David Greig, set and costume designs by Mark Thompson and choreography by Peter Darling.