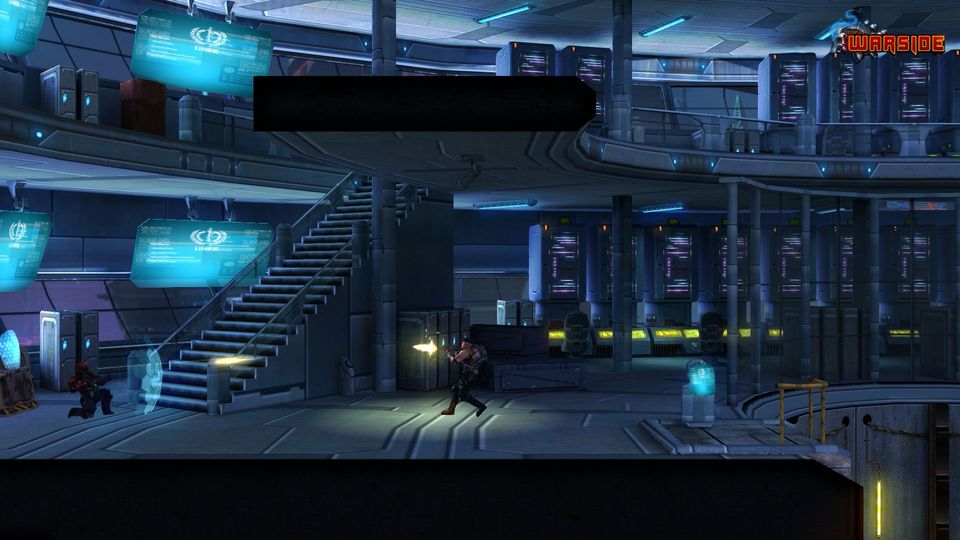 Kraken Games, an independent developer based in Moscow, have announced Warside, a visceral multiplayer sci-fi shooter for PC. Warside features classic 2D gameplay combined with RPG elements and it’s now up on Steam Greenlight and set for a full release later this year.

In the future universe of Warside, players create their own elite soldier using a flexible character development system and take him in to online battle as part of a small tactical combat unit taking on other player led squads. Brutally fast and violent, the advanced RPG system brings a level of depth to the game that allows players to rely on their character’s unique stats and abilities as well as their own skill level in equal measure during the heat of combat.

Set across a variety of battle arenas including giant tree canopies, space stations, ancient ruins and secret labs, Warside actively encourages players to utilize the landscape around them and employ a variety of movement styles to gain a tactical advantage over enemy combatants. Combining different character classes and a wide variety of equipment on offer within your team will garner the best results.

Further gameplay details will be revealed over the coming weeks unveiling in depth the character development system, the wide array of equipment available to the player, the game modes and battle arenas.

If Warside sounds like your kind of game head to Steam Greenlight to vote for it to be Greenlit.