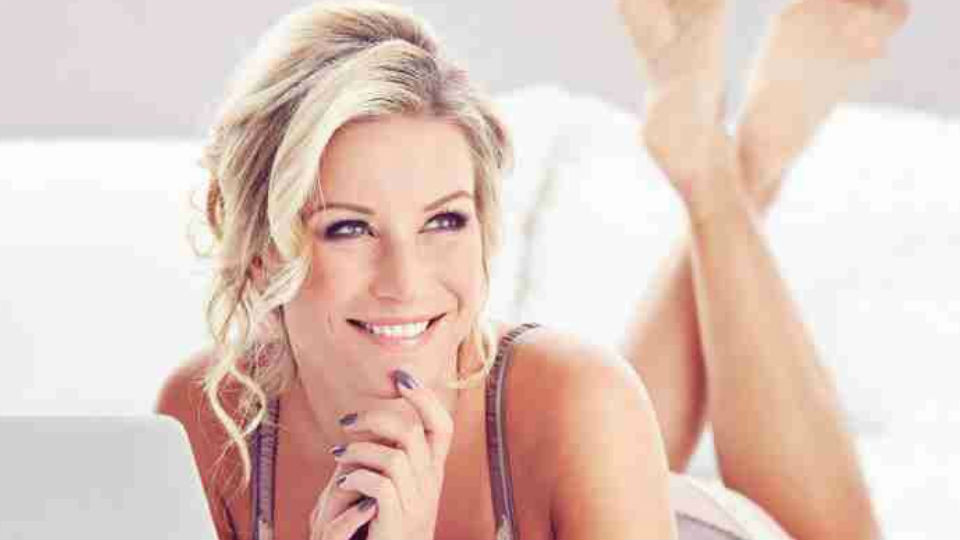 Some Girl I Used to Know

Denise Van Outen launches her one-woman musical at the West Yorkshire Playhouse this month. Some Girl I Used To Know tells the story of Stephanie, a successful businesswoman awaiting the arrival of a journalist to her hotel suite. When an old flame from the past promises to meet her in the interim, buried memories from the past are aroused and life-changing decisions are made.

Some Girl I Used To Know features a number of melodic covers of Eighties and Nineties hits. Performed by Van Outen with typical West End vocal alacrity, the numbers do have something of the Lloyd Webber treatment – synth strings and all – but this is somewhat befitting for a play which eulogises the era with such warmth and fondness. Van Outen’s vocals are stirring and powerful, presenting an alternative take on pop songs such as Hold Me Now and Do You Really Want To Hurt Me. Rousing and resonating, the musical interludes are unobtrusive chapter points which agreeably compliment the story.

There is a strong dramatic drive to the show, building to a particularly tense episode in the second act where Stephanie relives a fatal car accident. Presented via self-reflective monologue, Van Outen’s re-creation of events (with minimal technical support) is wholly immersive and her highly charged, emotive performance is thoroughly engaging.

Some Girl I Used to know is also a funny show and Van Outen’s timing makes it all the funnier. Many of the gags are throwaway references, with details of events inextricably tied to the period, whether it be Argos dinner sets or Lemon cardigans from Next; the jokes resonate loudly with an audience in the mid-to-late thirties contingent. How effective the references will be with audiences outside that age range remains to be seen, however there is plenty of contextual humour, and outrageous sauce, to keep young adults amused.

Of particular note is the staging of the show, with a hanging ensemble of Eighties and Nineties artefacts looming like a cloud above the hotel room set. Lit from the wings during reflective moments, the objects conjure up memories of a recent past with a vivid tangibility. How representative a red telephone, denim waistcoat, or ghetto-blaster can be of an era. The flown objects are an ingenious evocation and extend horizons of the show beyond a hotel suite to the consumer’s world of the early 1990s with an arresting potency. Many audiences will be leaving saying: “I had one of those…”

Some Girl I Used To Know is a fun and engaging show, perhaps not to everybody’s liking but nevertheless well-conceived and expertly executed. The apparent ease in which Van Outen shoulders the burden of entertaining an audience for over ninety minutes must be commended, whilst her ability to bring an added layer of dramatic pathos is wholly welcome. In short, it’s the perfect show for teenagers who are now well into their thirties.

In this article:Denise Van Outen