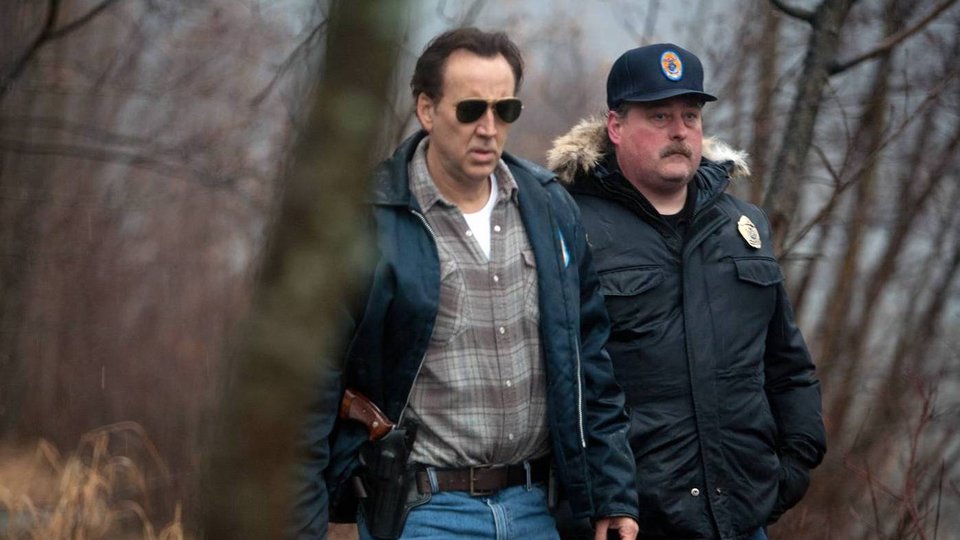 When a prostitute named Cindy Paulson (Vanessa Hudgens – High School Musical) narrowly escapes from a rape and kidnap ordeal, her testament correlates with a slew of other female missing persons reports. Tasked with bringing the culprit to justice, Detective Jack Halcombe (Nicolas Cage – Con Air) starts a dogged investigation to link his prime suspect to the crimes. However his prime suspect is a well respected local business owner and popular character around town who is married with kids, Robert Hansen (John Cusack – Must Love Dogs). Deep down, Detective Halcombe knows that he will strike again and that it’s only a matter of time before he slips up.

The Frozen Ground charts the true-life multiple murder investigations from Alaska in the 1980’s. This remarkable story lends itself to the big screen well and delves into the murky world of serial killer Robert Hnasen and the lengths he went to, to remain ahead of the law.

John Cusack, much like Cage, has been something of an oddity of late. He was everywhere at one point and his stock was never higher after the wonderful success of Grosse Pointe Blank, High Fidelity and a slew of charming rom-coms like Serendipity and Must Love Dogs. Then he seemed to vanish and now he’s appearing in very random films. He is always good in every movie he appears in (he certainly scared the life out of us in The Paperboy earlier last year). But he should be headlining major movies, not going for these quieter efforts. That said, his portrayal here is very effective.

Subtle but scary nonetheless, Cusack makes sure the villain of this piece is handled well. It’s also great to see Con Air duo Cage and Cusack spar together again. It’s just a shame they didn’t share too many scenes this time around.

If the unshiftable scent of a straight-to -DVD effort lingers with this film, it’s probably down to the appearance of Curtis ’50 Cent’ Jackson. His cameo is fine but his look is completely ridiculous. He plays a pimp but has opted to go with a strange James Brown-esque wig that just makes you laugh.

The rest of the supporting cast are all solid with Vanessa Hudgens doing well as a strung out prostitute who could hold the key to capturing the killer. Hudgens has certainly worked hard both in front of the camera and in her personal life to distance herself from her High School Musical personae. She can certainly handle herself well in these adult roles but I’d like to see her tackle a few more diverse choices as an actress.

Ryan O’Nan is in a blink and you’ll miss him cameo whilst character actors Kevin Dunn (Transformers) and Kurt Fuller (Psych) tie up the loose ends well. But Radha Mitchell  is wasted as Cage’s wife and should have had a larger role.

The Frozen Ground is an effective thriller with a solid cast and plenty of tension. It may be predictable but the real-life element makes this a worthy endeavour nonetheless. It’s also great to see Nicolas Cage back to fine form. Lets hope we see more of him on the big screen soon.