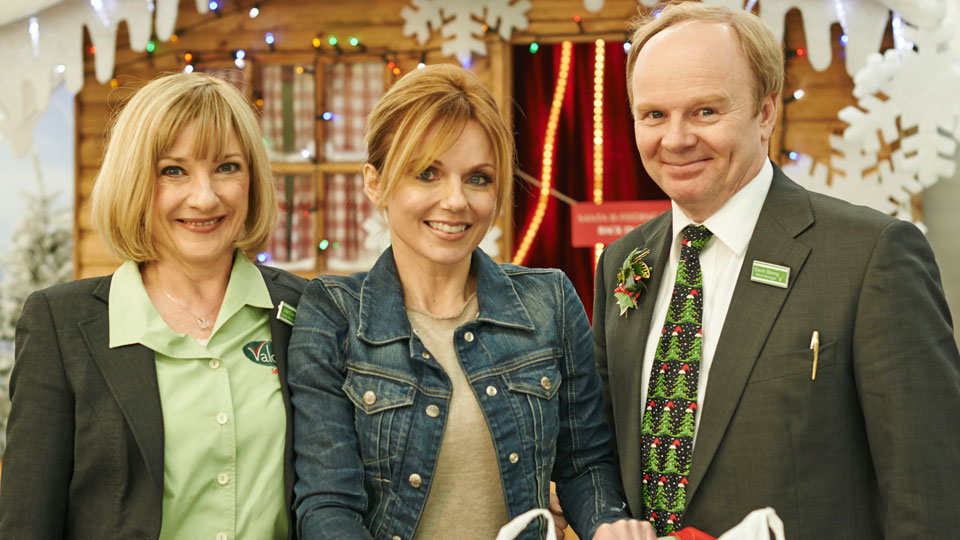 The Spice Girl has a small appearance in the new episode as she arrives at Valco to do a bit of last minute Christmas shopping, much to the surprise of the staff. Geri is no stranger to the world of acting after appearing in SpiceWorld: The Movie and cameoing in Sex and the City.

Aside from Geri’s appearance there’s a lot of other hilarious goings-on at Valco this Christmas with Julie (Jane Horrocks) sure that her misletoe moment with Gavin (Jason Watkins) is finally about to happen.

Since its debut in 2011 Trollied has been a ratings hit for Sky 1 HD and recently concluded its third season. The Christmas Special will be the second one so far for the show. Trollied also stars Beverly Rudd, Carl Rice, Joel Fry and Faye Mckeever.

In this article:Geri Halliwell, Trollied