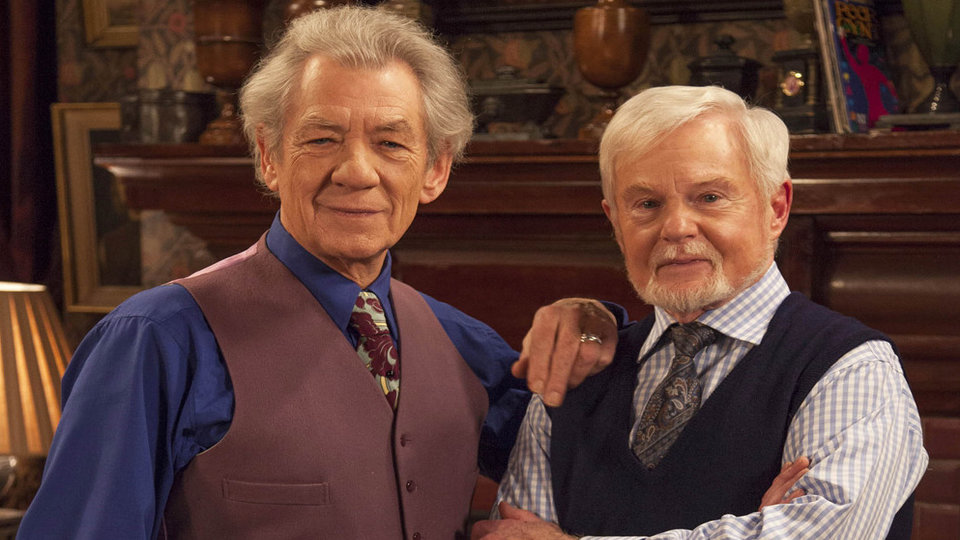 Freddie and Stuart have lived together in a small central London flat for nearly 50 years. With the best years of their career lives behind them, their lives are now punctuated by friends, family and constant (but affectionate) squabbling.

Those friends include Violet (de la Tour); young at heart with a delicious sense of humour and a penchant for younger men, ditzy Penelope (Marcia Warren, The Cafe) and sharp-tongued Mason (Phillip Voss, Four Weddings and a Funeral). When a handsome young man (Iwan Rheon – Game of Thrones, Misfits), moves in upstairs, however, the group’s world is set to be turned upside down…

With an exciting Christmas special airing this December and a second series commissioned for the New Year following the success of the first series, Vicious Series 1 is the perfect purchase to get to know Stuart and Freddie from the very beginning.

Packed with exclusive extra content including behind the scenes footage and interviews with the cast, producers and writer, put Vicious on DVD on your Christmas list.