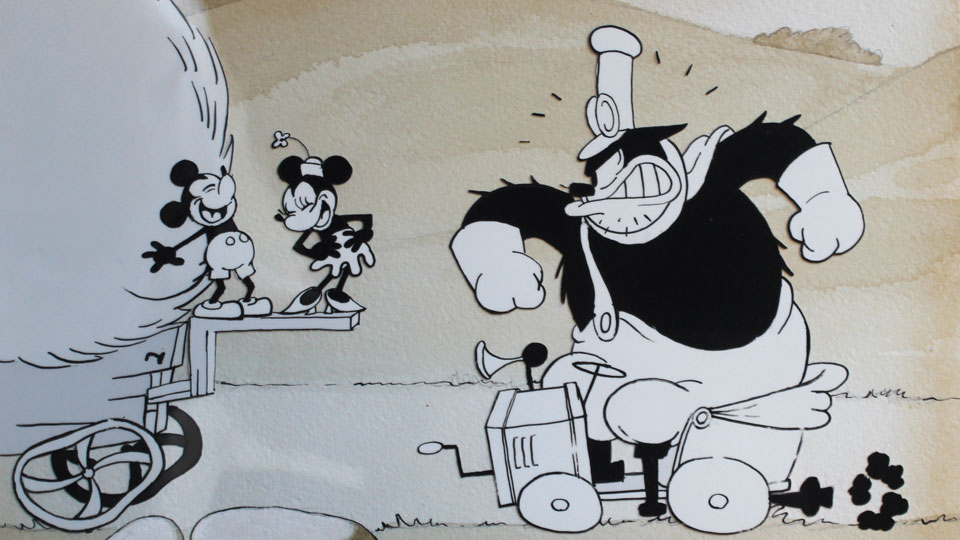 A brand new clip has been released from new Disney Animation short film Get A Horse!

Released to mark Mickey Mouse’s birthday, the short will run in UK cinemas before Frozen from 6th December.

The synopsis for the short is:

Featuring Walt Disney himself as the voice of Mickey Mouse, Walt Disney Animation Studios’ “Get A Horse!” follows Mickey, his favorite gal pal Minnie Mouse (voice of Marcellite Garner) and their friends Horace Horsecollar and Clarabelle Cow as they delight in a musical haywagon ride—until Peg-Leg Pete (voice of Billy Bletcher) shows up and tries to run them off the road. With both classic black-and-white, hand-drawn animation and up-to-the-minute technical wizardry—often in the same frame—this groundbreaking short takes a sharp turn when Mickey finds himself separated from Minnie and must use every trick up his sleeve to find his way back to her.

Get A Horse! is directed by Lauren MacMullan. Check out a clip from the short below: