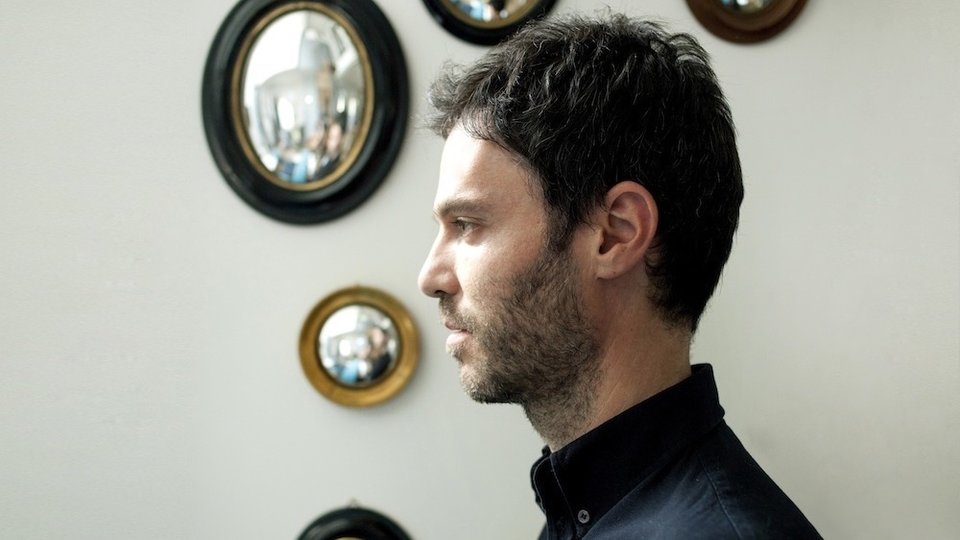 Proving that you don’t have to shout the loudest for your whispered words to speak volumes, British born singer songwriter Piers Faccini’s fifth solo studio album Between Dogs and Wolves is an intimate suite of songs focussed on love and desire.

The ensuing collection is delivered in a style that could well appeal to fans of fellow folk musicians Nick Drake and Josh Spence. It’s often very delicate, sometimes achingly beautiful, yet not always immediately accessible. Tracks have a tendency to beguile more than blow you away, which is perhaps symptomatic of Faccini’s whisper of a voice. There’s a distinct tone and pace, which is very deliberate.

The bemusing title is translated from the French expression for twilight ‘entre chien et loup’; Faccini wanted to use this phrase transcribing the moment between day and night, and apply it to the personal landscape of relationships. The resulting journey is a reflective one driven by a collection of soulful meditations. Faccini’s low key whispery vocals are front and centre, accompanied by a range of complimentary acoustic instruments including cello and harmonium.

Faccini’s constant strive for a greater level of personal expression has so far stretched over five feature length records, with no sign of slowing his outpour. The performer stands with a group of singers who know how to give their soft voice full force, laying naked vocals over hushed and hallowed guitar arpeggios to intense and magical effect.

The artist’s solid song writing, understated guitar work and smoky drawl are a winning combination. A quiet confidence seeps through in his performance and listeners are charmed by Faccini’s gentle charisma whilst he doles out his delicate vocals and fingers his acoustic guitar with a care that’s ironically intense. Faccini’s music has a wintry starkness, captured in low light. Like Gonzalez before him, his breathy voice speaks of equal eroticism and romance.

This performer’s gift is his ability to entice the listener into his world with an inherent familiarity and an eclectic lived in vibe. The softly spellbinding Black Rose has an Alexi Murdoch quality to it, whilst heartfelt offering Missing Words is bound to stir the very depths of the soul, beautifully showcasing Faccini’s admirable depth of penmanship. Melodies and words are in Faccini’s bones and his finely crafted songs resonate with traces of his ancestry. Elements of Faccini’s compositions connect to Celtic music and European balladry. Feather Light exudes an Elizabethan finery, whereas Pieces of Ourselves exhibits Faccini’s stripped back spoken-word delivery; exposed in every sense of the word, brave enough to stand unguarded.

The singer songwriter’s style hasn’t changed since he first began releasing solo records in 2004. He continues to emphasize elegantly plucked guitar chords that bond seamlessly with the grace of the kora and the autumnal hue of the cello. Faccini breaks up his English songs with one in French and one in Italian. Each one speaks of an intense desire in a voice that’s all at once pained and warm, mysterious and close.