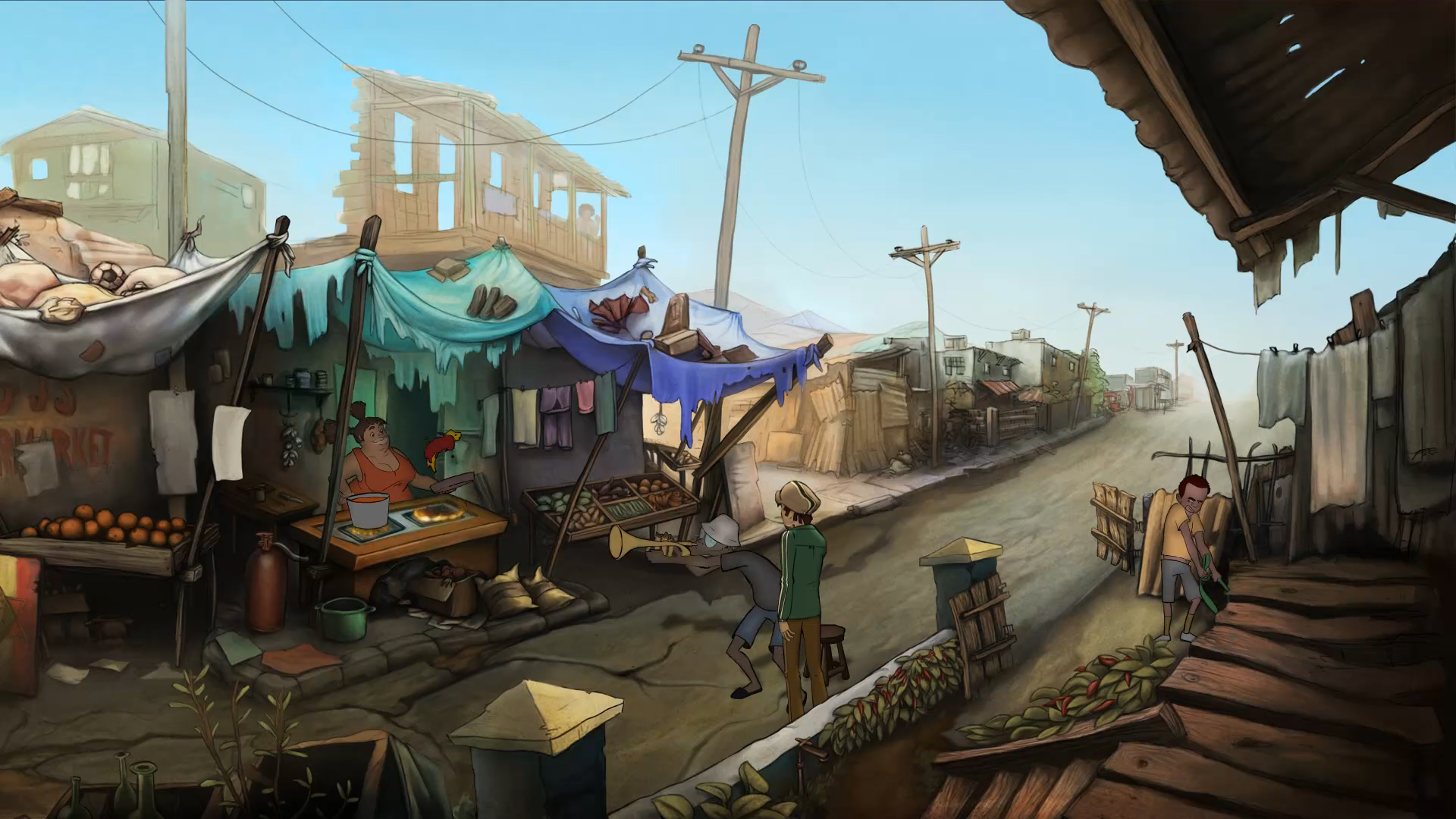 Adventure Mob have released a brand new trailer and gameplay videos from Bolt Riley – A Reggae Adventure. With just a week to go the team still need to find another $80,000 in pledges to meet their funding target of $120,000.

Bolt Riley – A Reggae Adventure tells the story of a young man growing up in a very poor area of Kingston, Jamaica. He loves music, especially the Reggae sound and wants to become a singer. In the game you will play Bolt, help him discover the inspiration he needs to write great songs and put together a talented group of musicians. The game is a collaborative work between Lori and Corey Cole, Creators of the Quest for Glory series and Adventure Mob, who teamed up and returned to Kickstarter to help raise the funds required to finish production of the game.

[quote by=”Oded Sharon, Adventure Mob CEO”]I’m amazed with the support we’re getting from backers and the new opportunities that lie ahead. I have seen backers increase their pledge and new ones join, we’ve had an amazing reaction with plenty of organic social media activity. The amount of shares, tweets, and write ups about this campaign has been wonderful!. With the new partnerships we just made and new content, we’re closer to hitting our goal.[/quote]

A new new cast member has also been introduced, Anthony Sardinha, who is joining the game’s cast of voice actors. Sardinha is well known for his many roles in video games such as Jamaican themed adventure game The Journey Down by Skygoblin.

[quote by=”Anthony Sardinha”]When I was first approached about this project, I was absolutely thrilled. The art, the music – everything was absolutely amazing.[/quote]

You can find out more about the project as well as pledge your support on the Bolt Riley Kickstarter page.