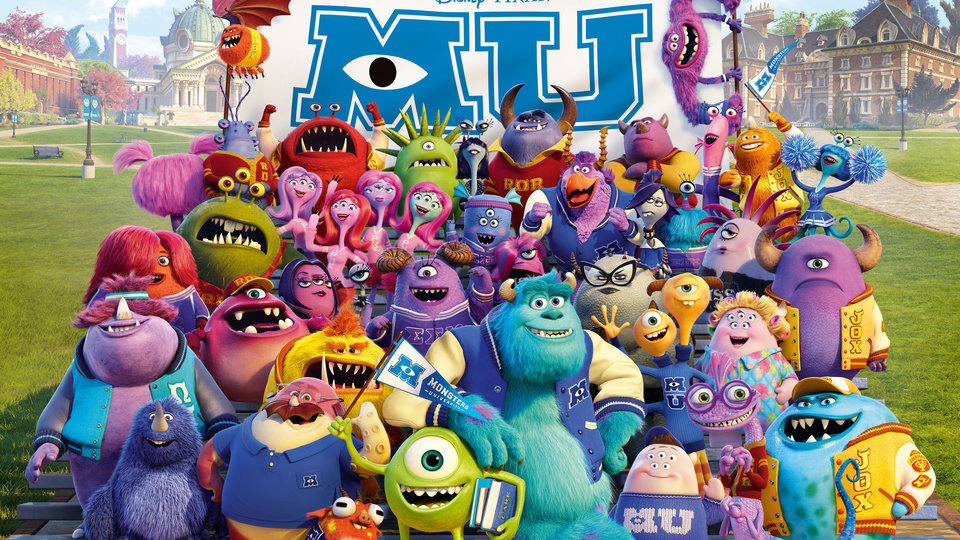 All Mike (Billy Crystal – When Harry Met Sally) has ever wanted to do since he was little was attend MU – Monsters University. He gets the grades and gains acceptance to the prestigious institute, planning to work hard and make something of himself. But he soon realises that college life is harder than he thought when he fails to command the same scare abilities as his fellow classmates – especially Sullivan or ‘Sully’ as he’s known around campus (John Goodman – Argo). He’s the son of a famous monster and whose family name opens doors for him. So Mike knuckles down to try and impress the Dean (Helen Mirren – Red) but ends up getting in her bad books. Perhaps if Sully and Mike combine their efforts, they can help each other out to survive the perils and pitfalls college.

Taking us back to a time before Sully and Mike met, Monsters University is Pixar’s entry into the annuals of that great American tradition, the college movie. It certainly carries charm and plenty of astute comedic observations about the institutions of college fraternities. Thrown together with some stellar vocal talent, Monsters University comes in as a great family film full of comedy and excitement.

John Goodman and Billy Crystal continue to spark with chemistry as Sully and Mike. We get to see the two form their unlikely friendship and tackle all manner of problems along the way. Their differences are always fun to watch, especially when Sully inadvertently let’s a school mascot pig escape in Mike’s room.

The supporting cast are all dependable with Dame Helen Mirren very convincing as the dean of Monsters University. Steve Buscemi continues to steal his scenes as Randy and there is a very funny collective in Mike and Sully’s home-made fraternity who all dutifully oblige for comedy.

As with most of Pixar’s efforts, this story isn’t as predictable as you’d imagine. The central message that college isn’t the only way to make something of your life also makes for a very surprising and refreshing change. Whilst it certainly sings the praises of higher education, it also doesn’t ignore the fact that hard work will eventually pay off for you, even outside the ranks of University. It’s nice for young audiences to get this message.