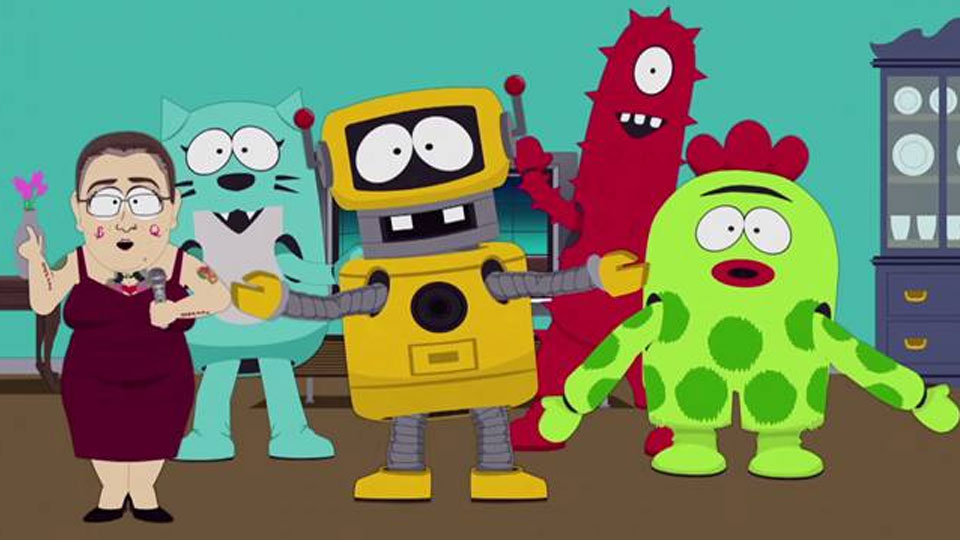 Sinead O’Connor is the latest celebrity to be spoofed by the South Park gang.

The Nothing Compares 2 U singer will be spoofed in the popular animation series when drafted in to help children’s entertainers Yo Gabba Habba to convince Foofa, one of the group’s members to stop being so raunchy and curb her self destructive behaviour.

Sinead has recently been in the news after penning several open letters to Miley Cyrus about the former Disney’s star raunchy behaviour of late.

Will Sinead’s character succeed in stopping Foofa from going down the more adult direction?

South Park will air Wednesday November 6th at 10pm on Comedy Central. Take a look at the clip below: