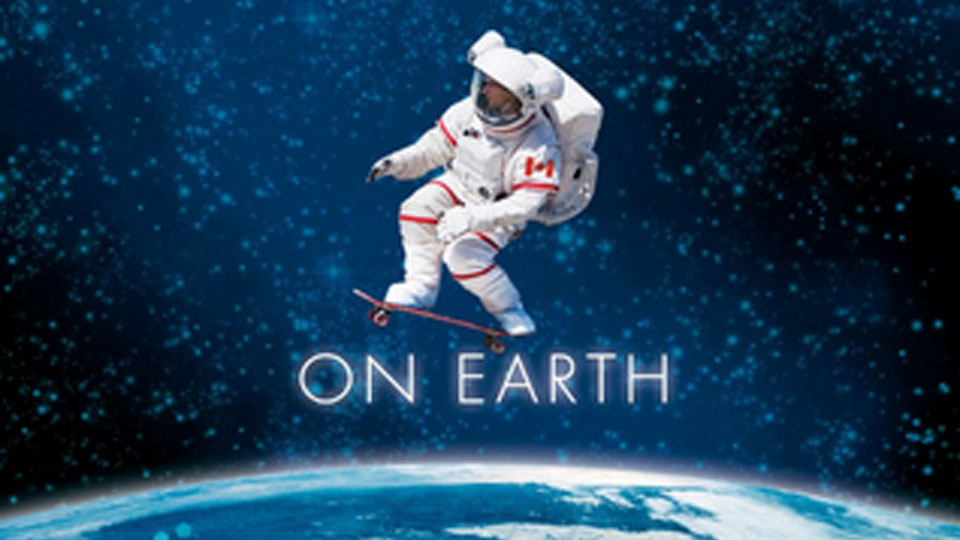 Chris Hadfield is a pretty interesting guy, to open with an understatement. He’s led a more exciting life than most people we know or will ever even meet, and he’s written a book about it. He’s a former astronaut who was the first Canadian to make it into space. He was Commander of the International Space Station (or ISS – the football stadium-sized satellite that orbits the earth) earlier this year and its chief between 2006-2008. On the off-chance he’s still not ringing any bells – he’s the chap who recorded a version of Bowie’s Space Oddity – from space. It’s proved a YouTube sensation.

An Astronaut’s Guide to Life on Earth is Hadfield’s account of his life and career, with plenty of insight into what it’s like working for NASA and having one of the most interesting jobs imaginable. Whilst his book will fire the enthusiasm of budding astronauts, Hadfield’s narrative is a direct challenge to the glamorous depiction of life in space that we receive via blockbuster movies, and also from press conferences around launches. From the difficulty of personal hygiene to the waiting around, the years of training on the ground and the terrible side-effects of space travel on the human body, Hadfield doesn’t glamorise his career with NASA – he tells it how it is.

Hadfield recounts how his childhood prepared him for his career. He was physically fit after living on a farm and his father would sometimes require him to work through the night without complaint or expectation of special praise. After a stint as a fighter pilot (one who has flown with a few unexpected guests in his cabin) Hadfield applied for NASA and, often against the odds, passed all the stringent medical tests for physical and psychological fitness. If you want to know how many astronauts are egomaniacs, the answer’s ‘none’ – though you’ll have to read for yourself Hadfield’s diligent explanation as to why that’s the case.

The chapter on what Hadfield calls “sweating the small stuff” is a fascinating account of the minutiae of detail he and everyone else on a mission has to go to in preparation. Talking about his first ever spacewalk, Hadfield explains that he temporarily went blind, and the diagnosis from Huston, trained to assume the worst, was toxic fumes building up inside his helmet. The root cause turned out to be not as serious, but it’s a great anecdote in explaining why, in space, nothing whatsoever can be left to chance. As Hadfield explains: “Like most astronauts, I’m pretty sure that I can deal with what life throws at me because I’ve thought about what to do if things go wrong, as well as right. That’s the power of negative thinking.”

An Astronaut’s Guide to Life On Earth gives real and vivid insight into what it is like on a mission, as well as how daily life on board the ISS operates. As well as being away from home for months on end, communicating with loved ones back home via Skype, Hadfield talks pragmatically about the nausea that has to be overcome, both taking off and landing; the adjustments to zero-gravity; the difficulty urinating in space, and NASA’s requirements for testing samples regularly; and the lack of taste food has owing to mucus not draining. There are also the extreme physical demands of working in a spacesuit outside the craft in conditions utterly inimical to life; and the readjustments necessary on return to earth after your body has become accustomed to a life without gravity. Make no mistake: it’s not all doing somersaults in space and waving triumphantly for the camera. Having said that, Hadfield’s love and enthusiasm for his profession shines through on every page.

As an account of life in space, An Astronaut’s Guide to Life On Earth is extremely insightful, and written with a lay readership in mind so there’s no complicated technical jargon to wade through. Whilst Hadfield is as genial and personable a host on the page as he is in his YouTube videos, his writing is a touch verbose, as he sometimes repeats the same point or goes into Proustian detail making it (such as on the medical issues with his large intestine that almost disqualified him from space travel). A strictly chronological narrative and one more edit might have benefitted the overall clarity and flow.

Perhaps critiquing the literary style of a non-writer is a touch unfair, but ultimately An Astronaut’s Guide to Life On Earth can be considered a resounding success because Hadfield achieves what he sets out to do: he offers an honest account of his profession and his own career whilst filling his readership with wonder and gratitude that there are men and women like Hadfield in the first place. “One of the most important lessons I’ve learned as an astronaut,” Hadfield claims is, “to value the wisdom of humility.” That may well be the case, but most readers will finish An Astronaut’s Guide to Life On Earth with a profound sense of awe over Hadfield’s achievements as well as those of NASA.