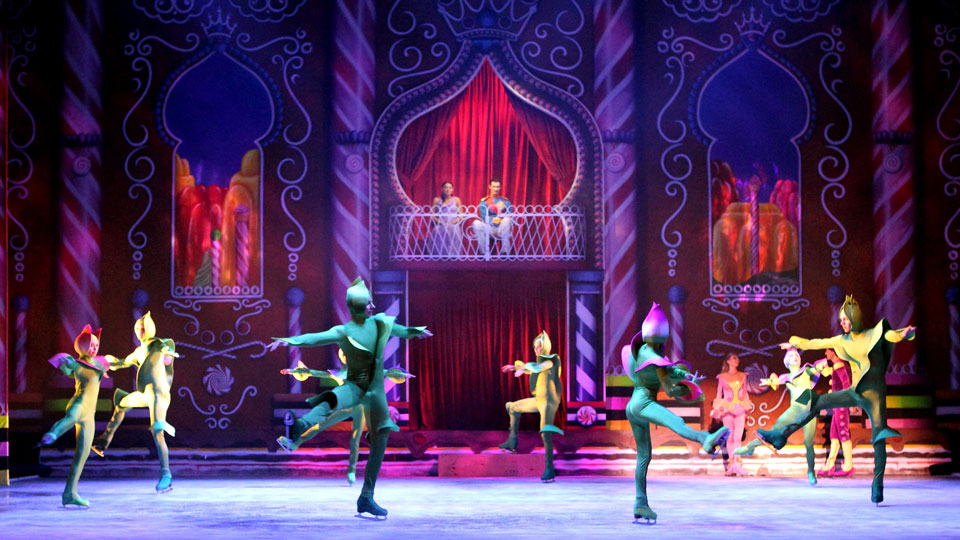 The Imperial Ice Stars have brought to the ice rink some of the most entertaining plays and are now bringing more delight with their adaptation of The Nutcracker. Following the success of their version of the Swan Lake, The Imperial Ice Stars are ready to dazzle audiences once more with their unique show. The troupe has performed to almost four million people across five continents and have toured in Australia, New Zealand, Hong Kong, Japan, Germany in the Middle East and many more. Friday night they played the Palladium in London and we were there to find out what the fuss was all about.

The Nutcracker is a beautiful love story filled with magic and sparkle. Born from the mind of E.T.A. Hoffman in Germany The Nutcracker and The Mouse King is the story of a girl who falls in love with her Christmas toy and embarks on an incredible journey.

The Imperial Ice Stars take on The Nutcracker isn’t far removed from the original at all except of course for the ice skating techniques, which were flawless. The performers have won over 250 competition medals between themselves and it shows: every jump, every trick was perfect and the cast’s execution didn’t show a moment of weakness. The Palladium Theatre looked stunning with snowflakes and its spectacular set. The real stars though were the flawless ice skaters. The show was filled with magic moments, crazy jumps, pirouettes, humour and colourful entertainment, which was only completed by disappearing acts and unexpected acrobatics.

Keith Chegwin was highly entertaining and showed off some of the moves he’s picked up along the way whilst the more experienced Vasilii Andreev and Yulia Ashcheulova executed more complicated techniques. There seemed to be the right balance of fun and serious scenes to keeping spectators interested and gripped.

The Nutcracker on ice made us feel like children again and filled our eyes with sparkles. The Imperial Ice Stars did a great job and gripped an audience of mixed ages throughout the night. Being the only ice skating company to have won a theatrical award it is no surprise that this show is worth the watch. This is definitely not to be missed during the holiday season.

In this article:The Nutcracker on Ice