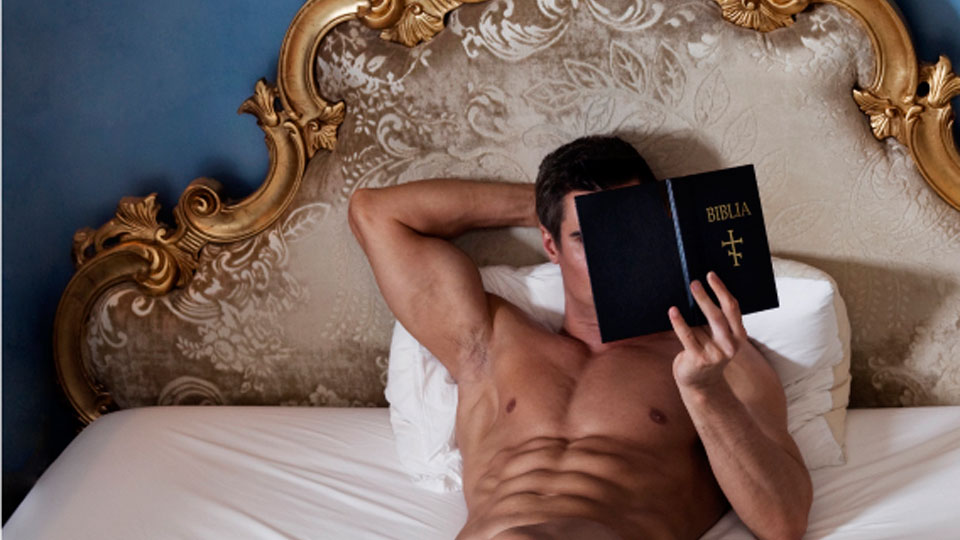 It’s always nice to receive an email with pictures of a naked man in it to start the week off isn’t it?

Well the folk behind the Orthodox Calendar (#OC2014) are releasing a tribute to gay marriage in a brand-spanking new 2014 calendar. At the moment only 15 countries in the world recognize same-sex marriage with many countries in Eastern Europe not having legalised it yet.

The calendar features 12 artistic pictures of Orthodox priests and their guests. The calendar can be purchased directly from www.orthodox-calendar.com/shop There’s a limited edition version which features an uncensored cover.

Check out the cover and a shot from the calendar below as well as some behind-the-scenes video footage: