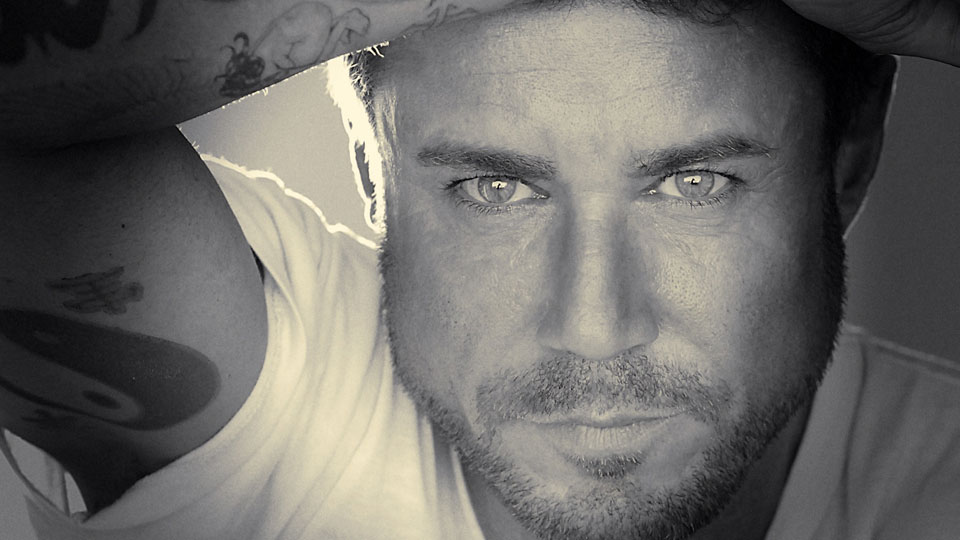 Sharknado has become something of a phenomenon since it was aired on Syfy in the US and the UK earlier this year.

The B-movie pits a group of people against killer sharks in L.A. following a freak tornado. Gaining as many detractors as it did fans, Sharknado has created quite a buzz and a sequel is already in the works. This week sees Sharknado get a release on Blu-ray and DVD in the UK.

To celebrate the release we had a quick chat with one of its stars, Jaason Simmons who plays Baz in the movie. We find out how he got involved with Sharknado, talk about the social media buzz and find out if he’s ever going to don those orange shorts for Baywatch once again.

Great thanks. This Q & A finds me in Los Angeles.

Sharknado is being released in the UK on Blu-ray and DVD. Tell us a bit about the movie.

It’s a fantastic fun movie about a tornado headed towards Los Angeles. Did I mention that there are sharks in the tornado? Enough said!

Before Sharknado aired in the UK there was quite a buzz about it from the US. Are you surprised by the reaction it got and how vocal people have been about the movie?

Surprised is an understatement. I was on a ranch in New Mexico when it aired. By the time I got back to LA a couple of weeks later and turned on my iPhone, Sharknado was everywhere.

What attracted you to Sharknado?

It was a last minute decision. I got the offer on a Monday and had to start work on the Wednesday. One part of me wanted to see if I could pull it off. I am a fan of the Syfy Network and had never done a movie with so many visual effects. There is a first for everything.

The movie looks like it was a lot of fun to film. What was the on-set experience like?

It was fun but full on. We only had 18 days to shoot it, so it was a little chaotic. One thing though, once the cast and crew signed on we were all in it together to the end. We had to commit and we all did.

What was your favourite moment to film and why?

The bar scene. It is probably the only time you get some background on who these characters are and their relationship with each other. It is the calm before the first shark flies through the window.

Sharknado created quite the buzz on social media. What kind of feedback have you had from fans through social media?

Fantastic! It is because of the fans that Syfy ordered a sequel within 24 hours of it airing. 5,000 tweets a minute shows the power and influence social media has now within the entertainment industry. Ask me this time last year what a tweet was and I would have answered – um…a what?

Sharknado is billed as a ‘b-movie’. What’s your favourite b-movie and why?

Lair of the White Worm. Have you seen it? Brilliant.

Reunions and show revivals are all the rage at the moment. How many times have you been asked about the possibility of a Baywatch reunion and would you be interested in doing it?

Many times. Would I do it? Maybe, if it was funny enough

For the past couple of years, several former Baywatch cast members and I have been developing an action comedy called ‘The BTEAM’. We are having our first cast table read next week. Once the final casting is done, we are looking at shooting it in Europe next year.

Sharknado is available to buy on DVD and Blu-ray now.