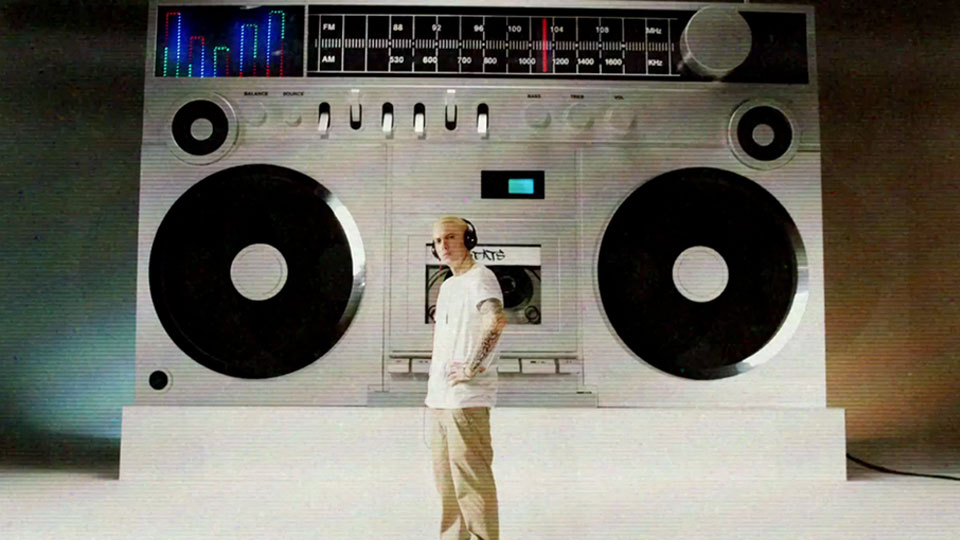 Eminem’s confidence in his new material must be strong considering he’s named his new album The Marshall Mathers LP 2. The album will be his first since 2010’s Recovery and is due to be released next month. The first taster off the album is new single Berzerk which has been a top 3 hit in the US and is released in the UK today.  Does he still have what it takes to remain relevant in an ever-changing music industry?

From the opening moments of Berzerk, which is produced by Rick Rubin, you know that Eminem is serious about making a comeback. Sampling Billy Squiers’ The Stroke as well as Beastie Boys’ The New Style and Fight For Your Right, the track is a sonic riot that makes you pay attention. The rock-tinged instrumentation is a little different from Eminem’s usual hip-hop beats but it’s a welcome change. Vocally he still has one of the most distinctive deliveries in rap; you know as soon as you hear his voice that it’s Eminem you’re listening to.

Berzerk perfectly rides the 90s nostalgia wave that is performing well in the charts. As always Eminem has put his own spin of the sound and he’s grabbing headlines all over again. Based on this track The Marshall Mathers LP 2 is going to be a must-listen when it’s released in November. He may not perform commercially as strong as his heyday but don’t count him out just yet. Berzerk shows there’s plenty of life left in Eminem yet.