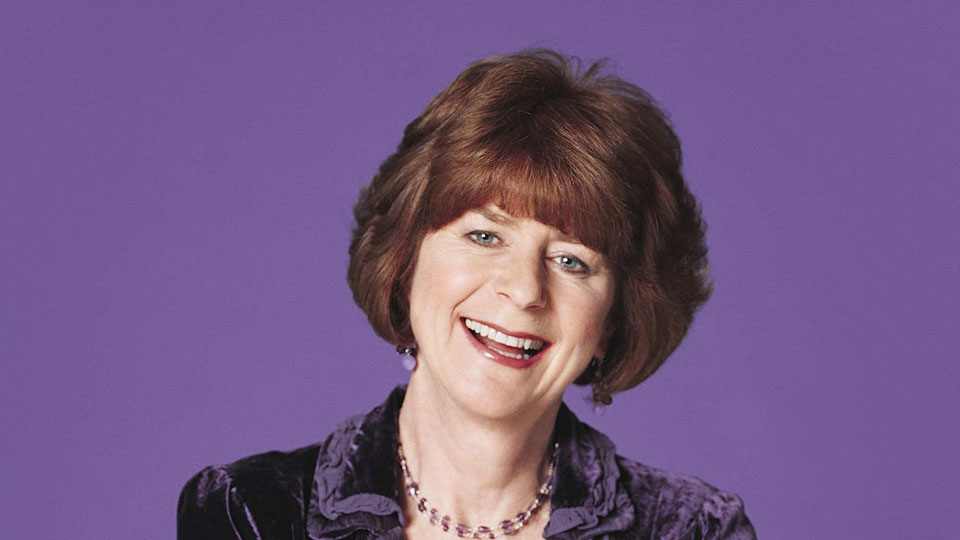 Pam Ayres has been a writer, broadcaster and entertainer for nearly 40 years since, ever since triumphing and winning the talent show Opportunity Knocks.  Thursday 3rd October, was not just another day, but for those that didn’t know, it was marked as National Poetry Day. We feel like there’s a lot that goes unknown in the land of poems and there’s a whole new world of literacy for us to explore. We’ve just spent an evening, with none other than one of Britain’s best loved poets – Pam Ayres and we can safely say that we have now been converted to further explore this aspect of the written word.

Pam Ayres made a rare London performance at Cadogan Hall, featuring her new collection of more than fifty poems, You Made Me Late Again! A title which she picked up from spending time with her beloved husband. Her husband featured a fair few times throughout the evening and her vivid descriptions of scenarios with which they found themselves in made for an evening of hilarity. Pam and her husband have lived in Gloucestershire for over 25 years, where they have a smallholding with cattle, sheep, bees, chickens and guinea fowl and her family can be found in her work, especially her husband and also now that she has a wonderful, new grandson. She is known for her sharp perception and accuracy to comic detail of everyday life, but she strives to write material from which her audience can find common ground with.

One of Pam’s opening poems was the hilarious Mirror, Mirror – which had the audience in fits of laughter. This was closely followed by her introduction to the evening and hoping that she would entertain us and for us to have a laugh, hoping that we didn’t have anything troubling on our mind, before launching into Tongs. As every woman knows, the thought of leaving your curling irons on full heat is a great cause for worry, when you are rushing around trying to fit everything into your day and her description and wit was incredibly accurate and hilarious.

Her tales of trying to be introduced and convinced by Twitter for the first time was great and something which I think we all thought of, when initially trying to get to grips with it! That said, she now has a strong following of over 21,000 people, so she must be doing something right on the social networking site and has now firmly got a grip of it! Other favourite tales included what happened when she gave her pet dog a garlic tablet, her thoughts of going up to those daunting make-up counters in the large department stores and feeling like a fraud/country bumpkin, her childhood memories of growing up in a small village “there wasn’t much to do, except for hang about, you could hang about at the top of the village.. or hang about down the bottom of the village”. Her tales of teenage boys and the bravado shown by them and the shallowness of teenage girls also had us in floods of laughter and this was another thing with which everyone greatly identified with.

Pam’s poems are so accurately observant, witty and poignant in equal measure.  She is the epitome of familiarity, coupled with warmth and delight and her comic timing is great. Not only is she a great poet, but she also knows how to work a crowd and clearly enjoys interacting with her fans in the audience, who she affectionately referred to as her ‘friends’. We has a delightful evening and we were greatly entertained for two hours. She is one of the few authors who has had bestsellers in the Sunday Times charts in almost every decade since the 1970s and it is little wonder why.  We made a beeline to grab her latest book for ourselves on the way out, and will certainly be looking at getting the other books she has written to date, which include With These Hands, Surgically Enhanced, The Works and a memoir, The Necessary Aptitude.

Pam Ayres will be performing in theatres up and down the country from now until the end of January, catch her if you can!

In this article:Cadogan Hall, Pam Ayres