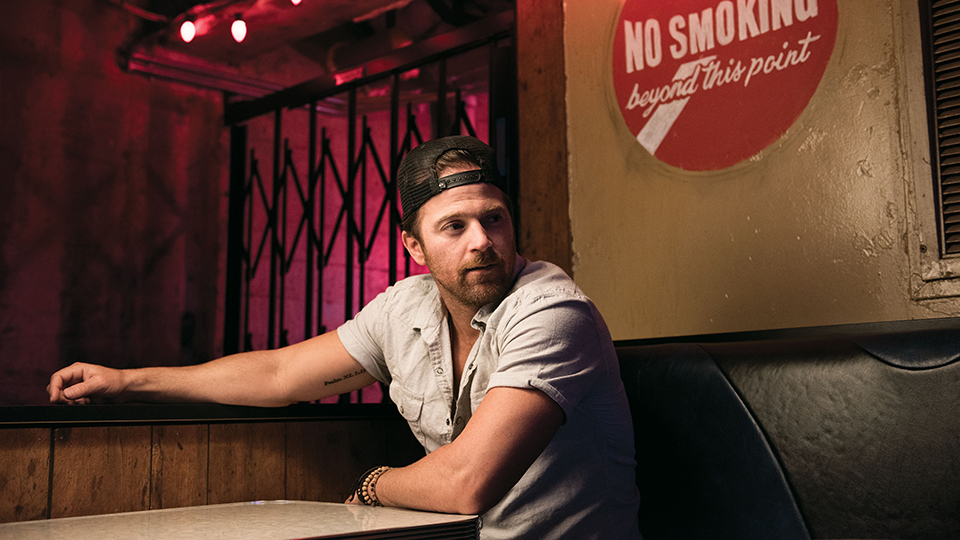 Kip Moore is without a doubt one of the most popular artists on the live Country music circuit. Over the years he’s worked his socks off to build a UK fanbase and that hard work has definitely paid off. Touring on this side of the pond has become a regular part of his tour itinerary and before he’s even completed his Room to Spare Acoustic Tour, we already know he’s back in September for The Long Road and a full band headline tour. The last time we saw Moore in the UK was for C2C: Country to Country in March 2018 where he proved himself to be worthy of a headline slot in the future (and to be honest he should have been a headliner last year!).

Last night Moore promised a special show in the intimate surroundings of London’s Cadogan Hall. In support of his Room to Spare Acoustic EP, the show was a chance for fans to hear Moore’s songs in a stripped-down way that they’d never heard before. With three albums under his belt, Moore had plenty of material to pool from and his set list last night was pretty near perfect. He opened the show solo with Bittersweet Company and he stayed playing solo for the first six songs before bringing his band out to flesh out the sound a bit. I should point out that when the band joined him, it wasn’t the usual full electric set and things still remained acoustic.

Always an engaging showman, Moore created a songwriter’s circle kind of night as he told stories between songs, joked with the audience and sang some of his best songs. Running For You received a rapturous reception while ahead of new song Wild World (I think that’s the title!), Moore asked the audience to put their phones down and not record the performance. From where I was sat, it looked like people granted his wish.

From Magic onwards, the band arrived on the stage and the energy of the audience rocketed. A few songs in, the majority of the crowd jumped to their feet and that’s where they stayed for the rest of the night. Plead the Fifth was one of the night’s standout moments as was the emotionally charged Last Shot, which was accompanied by a story of the death of Moore’s father and their last moments together. Somethin’ Bout a Truck went down a storm as did the stirring Springsteen-esque Wild Ones.

Moore kept the energy up as he ripped through The Bull, the insanely catchy Come and Get It, and That Was Us. Hey Pretty Girl brought the tempo down again slightly preparing the crowd for the end of the night. Moore closed his set with a solo version of Guitar Man, a song that tells the story of his life and the breakdown of a relationship with a woman who didn’t believe in his talent and ambition.

At just under two hours, Moore left the stage to deafening cheers from the audience. He’s a born entertainer and he has the catalogue to hold your attention (at other stops on the tour he’s played a fair bit longer too). There’s something about his connection with UK audiences that feels truly special and we clearly can’t get enough of him. Those husky vocals never sounded so good and hearing Moore acoustic felt like a real treat. If he doesn’t get picked as a headliner for C2C in 2020 or 2021, it would be a crime. Moore has definitely earned his stripes and he can throw a party like no one else in the genre. I’d even go as far as to say he’s the best male artist in Country music today.