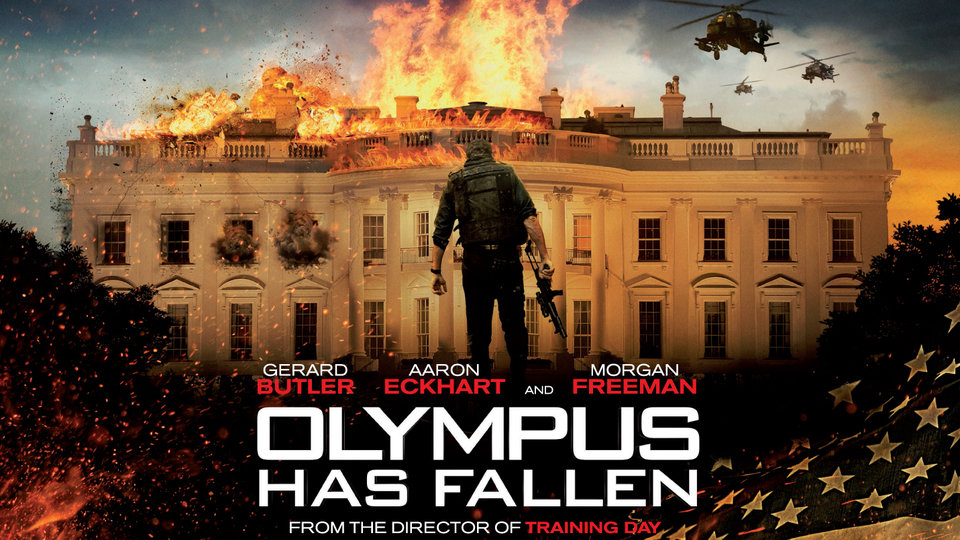 Hollywood hard man; Gerard Butler (300, Law Abiding Citizen) slams into action as Mike Banning, a former Presidential guard, who must use his inside knowledge to prevent a terrorist plot against the White House in Olympus Has Fallen – released on Blu-ray, DVD and Download now by Lionsgate Home Entertainment.

Directed by Antoine Fuqua (Training Day), Olympus Has Fallen is the UK number one box office smash following one man’s attempt to save the US President and reclaim the White House following its siege by a North Korean terrorist mastermind.

Butler stars as Mike Banning, former secret service operative and personal friend to the US President Benjamin Asher (Aaron Eckhart, The Dark Knight), who has been demoted to the Treasury Department but is still within eye sight of the White House. During a meeting between the President and Prime Minister of South Korea, North Korean-led forces mount an attack upon the White House (code name: Olympus), with the President and several of his officials taken hostage in the process.

Banning’s loyalty to the president is put to the ultimate test – with previous failures at the forefront of his memory, Banning will do everything in his power to save President Asher’s life, stop the terrorists from destroying the most famous building in America and avert an even bigger oncoming disaster; can his insight knowledge of America’s most iconic building prevent its downfall?

To be in with a chance of winning one of 3 copies of Olympus Has Fallen on Blu-ray, simply answer the question below.

Advertisement. Scroll to continue reading.
In this article:Competition, Olympus Has Fallen