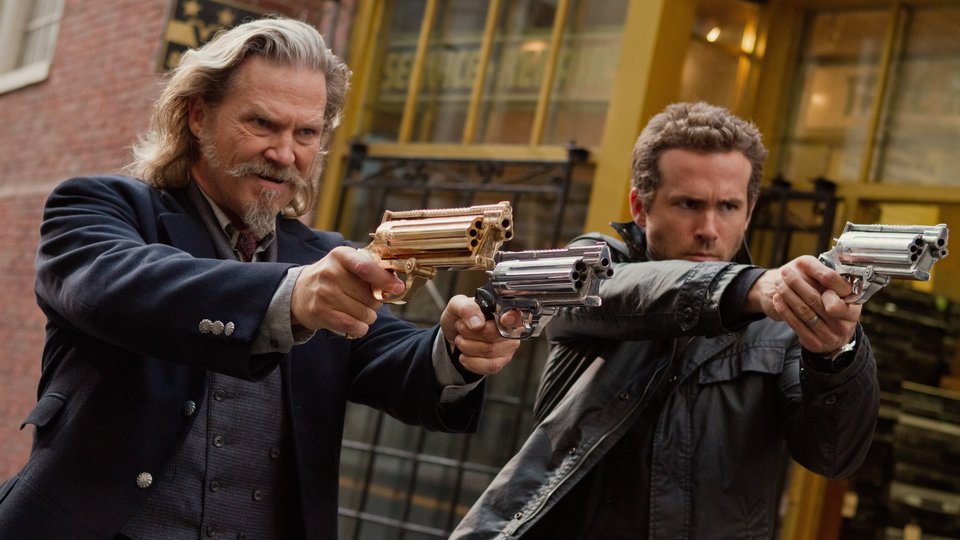 When Police officer Nick (Ryan Reynolds – The Proposal) dies in a raid after being betrayed by his partner Hayes (Kevin Bacon – Footloose), he finds himself in purgatory. With a particular set of skills, the Rest In Peace Department (R.I.P.D) decide to give Nick a chance at redeeming himself before facing judgement – by becoming an agent and taking down rogue spirits. With a new partner in tow named Roy (Jeff Bridges – TRON: Legacy), the two agents take to the streets and in the process, come up against Hayes once again.

R.I.P.D is basically a Men In Black style comedy that takes an interesting premise and overproduces it. This is Hollywood glitz at its most frustrating, polishing a clever concept into a bit of a dud given the hype and anticipation surrounding the release. It’s not awful, there are plenty of laughs to be had and there are some decent set-pieces, but R.I.P.D should have been an easy recipe for success. That’s something American audiences didn’t afford it when it bombed Stateside a few weeks ago. Now that the dust has settled, R.I.P.D isn’t a train-wreck like The Lone Ranger proved to be but it is still frustrating.

Ryan Reynolds hasn’t been in a movie for some time (the last one was Safe House) so it’s nice to see him back on the big screen. He brings his usual trademark wit and panache to a role that demands little from him. However his charm does enough to see you through the scripts short-comings.

Jeff Bridges continues his career resurgence (after wonderful roles in TRON: Legacy, Iron Man, Crazy Heart and True Grit) as an old-time gunslinger who acts as Reynolds’ perfect ‘odd-ball’ partner. It’s their banter and their obvious chemistry that makes R.I.P.D a success with the two actors bouncing off one another.

There’s plenty of comedy to be exploited from the fact that their characters don’t look like themselves to the living. Reynolds as an elderly Chinese man and Bridges as a sexy blonde makes for some hilarious set-pieces that are always played well. And there is something inherently cool about Reynolds and Bridges going into a gun fight – the main street shoot-out scene is shot brilliantly (as is the whole movie) where Bridges finally decides to get serious and take out the dead in a gunfight.

Kevin Bacon is always watchable but his inclusion here screams of last minute desperation to add gravitas to the token villain. His role should have been far bigger and the emphasis on his and Reynolds past should have been better exploited, so to give the audience a bigger emotional punch.

R.I.P.D is a harmless distraction but ultimately isn’t the film it should have been. The big budget, the stellar cast and the effects should have combined to create a better class of blockbuster. Instead it comes in as Men In Black 4, and we all don’t need that. It’s a shame because Reynolds and Bridges make for a great onscreen duo. Perhaps a sharper, cleverer script would have secured this a sequel. As it stands I expect this to be the one and only time we will be visiting the R.I.P.D.