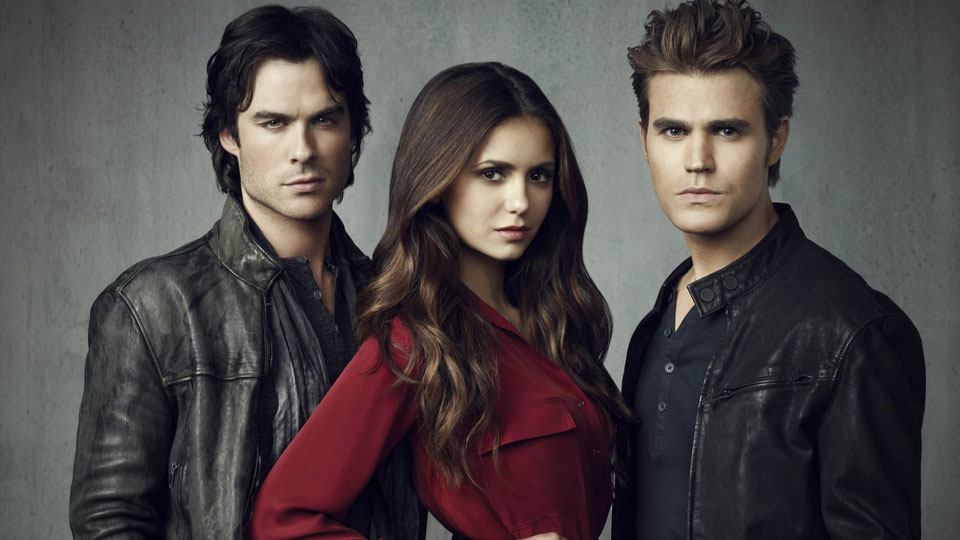 The Vampire Diaries is returning to Blu-ray and DVD here in the UK with the release of The Complete Fourth Season. The 23-episode season dealt with the aftermath of the gripping season three finale which saw Elena (Nina Dobrev) transformed into a vampire to save her life. In the fourth season Elena has to learn to come to terms with no longer being human but she doesn’t find it an easy transition. With Damon (Ian Somerhalder) as her mentor, Elena finds her affections move from previous love Stefan (Paul Wesley) and explores life without emotion with shocking consequences.

The main plot strand for the season is the search for a rumoured cure that can turn Elena back into a human. Even though she is adamant she doesn’t want it, there are plenty of vampires that do including Klaus’ (Joseph Morgan) sister Rebekah (Claire Holt). The only clues they have to go off are inked on Jeremy’s (Steven R. McQueen) body as he gets to grips with finding out he’s a hunter putting strain on his relationship with Elena. With Klaus hanging around and furious about being betrayed Elena and co are in for a rocky season.

The Vampire Diaries: The Complete Fourth Season has a bit of a bumpy ride. Despite starting off strong it gets a little bogged down in the middle due to a few too many characters and competing plotlines. When the show focuses on the central characters it is at its strongest but it tries to do a little too much. The showrunners wanted to keep The Originals in the show, and we’re glad for that, but at times it feels like they are a little forced into the script rather than having their own purpose. The only character who truly feels like part of the main cast is Rebekah who flirts on the edge of a relationship with Matt (Zach Roerig) and befriends Elena once the new vamp’s emotion is turned off.

A character that does fall by the wayside a little this season is Caroline (Candice Accola) who is the show’s secret weapon. We’d rather see much more of her on our screen that have to put up with the repetitive Bonnie (Kat Graham) who never seems to learn from her mistakes. This season Bonnie is exploring her dark side but the character is so wet we barely care. Caroline on the other hand is instrumental in the main plot and her love triangle with Klaus and Tyler (Michael Trevino) is one of the best strands of the season.

We have to take our hats off to Nina Dobrev who goes from strength-to-strength each season. Not content with having to play two characters (she’s Katherine too of course), this season she gets to explore every facet of her character good and bad. Her performance is exceptional in the heart-breaking Stand By Me. Someone give the girl an Emmy an already, it’s long overdue.

This season also contains the backdoor pilot for The Originals. That episode feels very separate to the rest of the show and we’re intrigued to see what direction that series goes in when it starts next in the coming weeks.

The five-disc collection is packed with lots of juicy extras for fans. Alongside 6 brand new featurettes taking you behind-the-scenes of the season’s key elements, there’s a gag reel, unaired scenes and a fan gallery showcasing fan artwork for the show. There’s certainly plenty of extras to feast on once you’ve watched the season to death.

The Vampire Diaries: The Complete Fourth Season is a little patchy in places but it’s really a transitional season for the show. With The Originals spin-off starting this autumn, we’re expecting a more streamlined plot for the show’s fifth season. As long-term fans of the show we’re still gripped and we can’t wait for the new season to begin.