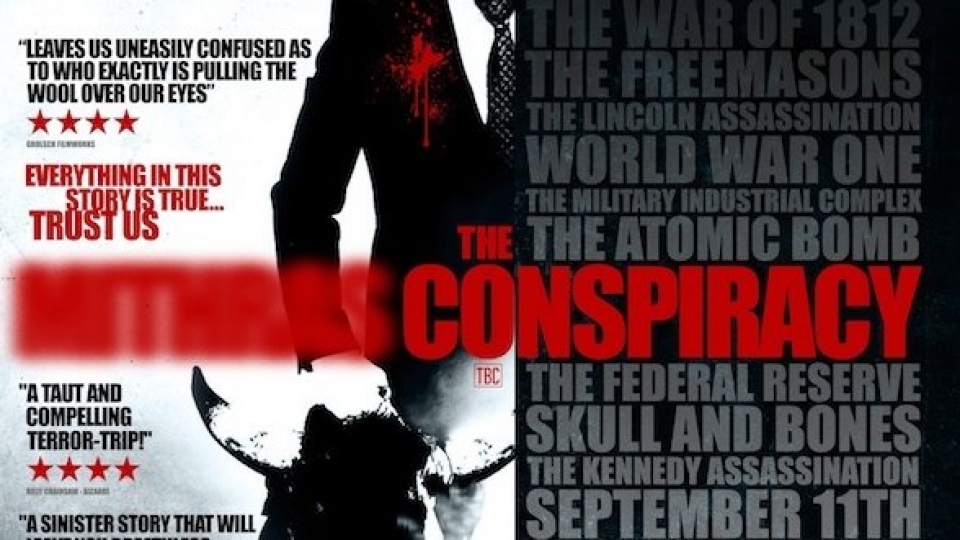 Documentary film makers Aaron (Aaron Poole) and Jim (James Gilbert) start to film a crazed conspiracy theorist as the subject for their new work. Listening to him talk for long enough, his arguments start to make some sort of sense, and then suddenly he disappears. People do not just disappear, unless someone wants them to. The film making duo become obsessed about finding their missing subject. They start to unwind his work to find it all points to a high powered retreat and network organization for the political and business elite.

The Conspiracy goes down the well-worn horror film path of found footage, but giving it a new lease of life by using it as a conspiracy documentary. Whether conspiracy stories are believed or not, the storyline is so incredibly compelling that we found ourselves thinking are these real secretive groups that have been put into the film.

It shows how much work has gone into making this documentary, due to the level of background information on all the conspiracy theories mentioned and virtually every conspiracy over the past thousand years seems to get mentioned here at some point. Constantly re-running the footage of a plane hitting one of the twin towers will never be more than shockingly horrible, but it works in the context of this film.

Once the two colleagues get behind the initial stories and start to delve further, that’s when the film turns on its head and becomes one of the most intense finales we have seen in modern horror. The sinister final third is completely different to what had previously gone on before it, yet its brilliant.  It delves into real life issues of things that most of us don’t know about, and explores what goes on behind closed doors.

The only downside we found with the film is that it throws in so many conspiracy theories that it’s difficult to keep up with the theorist. But this is a minor quibble of an overly impressive found footage film.

The Conspiracy plays out as if Michael Moore decided to make a film about a section of the Illuminati run by Ben Wheatley. It’s a film that chills to the bone and will have you thinking about it long after you should be.

In this article:Film4 Frightfest, The Conspiracy