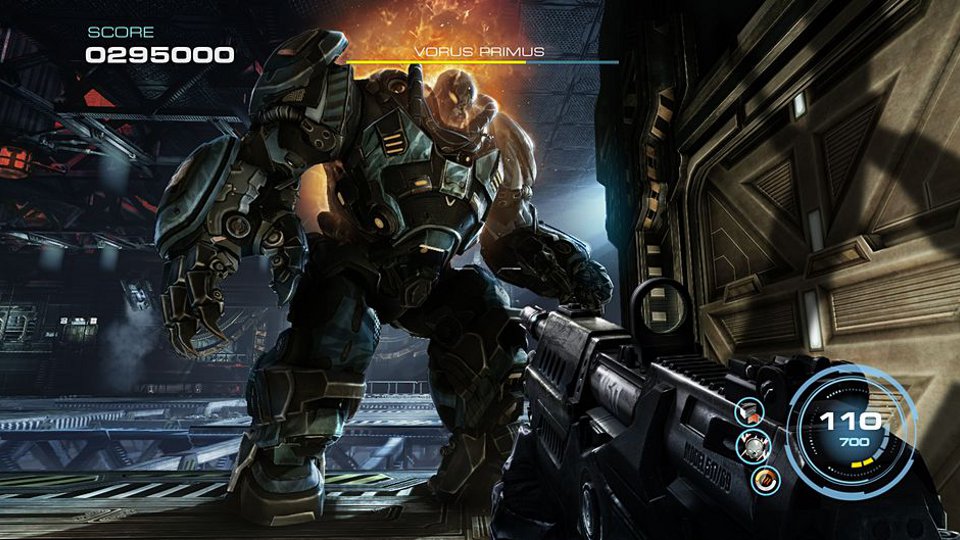 The sci-fi shooter blends together a classic FPS with stunning graphics where players will be immersed in fierce battles across 14 levels. Players will be equipped with 10 weapons that are designed with two unique firing modes that need to be used to strategically when faced with an onslaught of enemies or in boss-battles. The enemy AI provides a challenging adrenaline rush that will test players run and gun skills to the maximum.

Powered by the Unreal Engine 3, players will encounter hours of brutal gameplay at close combat. Alien Forces have been let loose on a mission to destroy everything in their path. Players will need to battle it out in true arcade FPS style to defeat 21 types of enemy and eight destructive bosses, setting a beautiful extreme visceral experience.

Alien Rage will make its assault on the Xbox Live Arcade, PlayStation Network and PC worldwide in Autumn 2013. Check out the official Alien Rage website for more details.