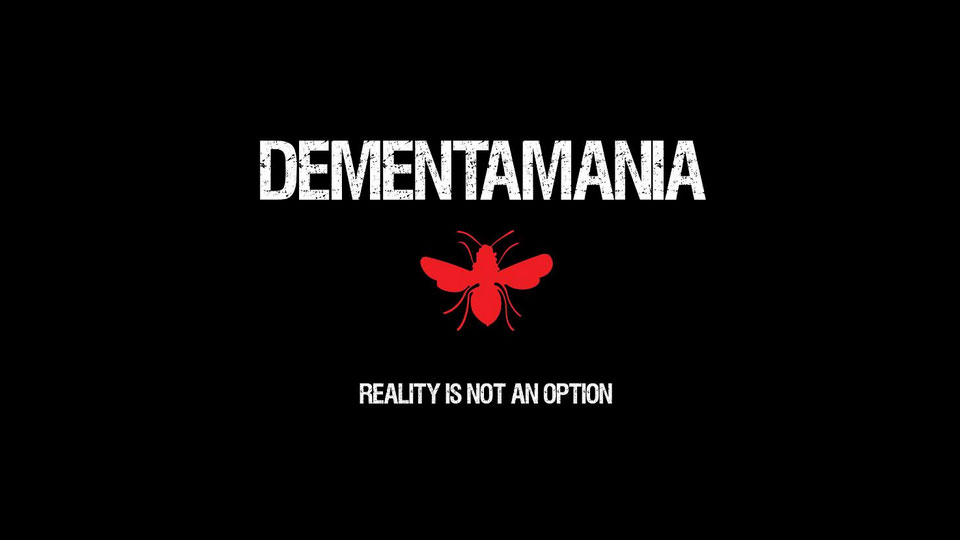 Senior software analyst Edward (Sam Robertson) is getting increasingly frustrated with living out the same routine every day in his job. One morning he gets stung on the foot by a wasp which gets his day off to the wrong start. Once at work Edward finds himself getting very irritated by his colleagues and begins to imagine himself committing acts of violence. When he meets mysterious new co-worker Nicholas (Vincent Regan), Edward’s day takes a turn for the worse and soon he struggles to tell what’s reality and what isn’t. As his health appears to deteriorate, and his colleagues begin to worry, Edward hurtles on a downward spiral with surprising consequences.

Dementamania is the new movie from UK director Kit Ryan. It’s his first film since 2007’s Botched. Written and produced by Anis Shlewet, Dementamania examines the idea of feeling stuck in life with no clear way of making any significant change. Edward’s dull office job is something that thousands of people can relate to and the kind of murderous fantasies he has throughout the day are things we’ve all had at one point or another (even if you refuse to admit it). Part American Psycho with a mixture of The Fly and an injection of David Lynch, Dementamania is a bizarre yet intriguing tale that unfolds in a teasing yet satisfying way.

It’s hard to discuss too much about the specifics of the plot because to do so would be to spoil the experience for you. The best way to enjoy the film is to know nothing more than the basic plotline. If we were to go into much more detail we’d ruin the twists for you and the film’s final act is its best hand. Suffice to say the plot isn’t as linear as you may first expect and you, like Edward, have to try and decipher between reality and fantasy.

At the centre of the movie is a surprising performance from Sam Robertson. Best-known for his work in Coronation Street and E4 comedy Beaver Falls, the actor was more recently seen in Celebrity Big Brother (which we admit was a baffling career move for the talented young man). Robertson’s good looks serve him well, particularly in the opening few minutes when he’s showing off his physique and making you swoon in the process. Once you get that out of the way you’ll be surprised to discover that Robertson’s performance is nuanced and he manages to make the character realistic without ever veering into comedic territory, which it so easily could have done. In the fantasy violence sequences he relishes the opportunity to let rip whilst in reality he plays Edward with an under-current of pent-up anger and frustration.

Kal Penn (House) pops up in a minor supporting role as Edward’s flashy American boss Christian. He sadly doesn’t get too much screentime but he makes the most of the moments he’s given. There’s a particularly fine scene in the office boardroom when Edward is informed that his slimy co-worker Silas has been appointed Team Leader to oversee a new project. Also worthy of note is Vincent Regan who puts in a solid performance as Nicholas and delivers his lines with restraint and subtlety further adding to the film’s overall air of mystery.

One of the things that really stands out about Dementamania is the direction from Kit Ryan. There’s lots of innovative and refreshing camera techniques and cuts throughout which keeps the energy of the film at a high. Ryan also brings to life some of the film’s more bizarre moments with panache making a remarkably polished movie on a relatively small budget.

Dementamania has proven to be the first big surprise of Film4 FrightFest. Our expectations going in were fairly low as the film has had an incredibly low profile so far. It doesn’t yet have a distributor and Ryan told us that the festival organisers hadn’t even seen the final cut when they agreed to add it to the line-up. Clearly they have faith in Ryan and that definitely wasn’t misplaced. Dementamania has its issues, most of which are too minor to really complain about, but it’s a bold piece of film-making that has left us interested in seeing what Ryan does next. It’s also convinced us that Robertson is leading man material and we hope he gets the recognition he deserves for his performance.