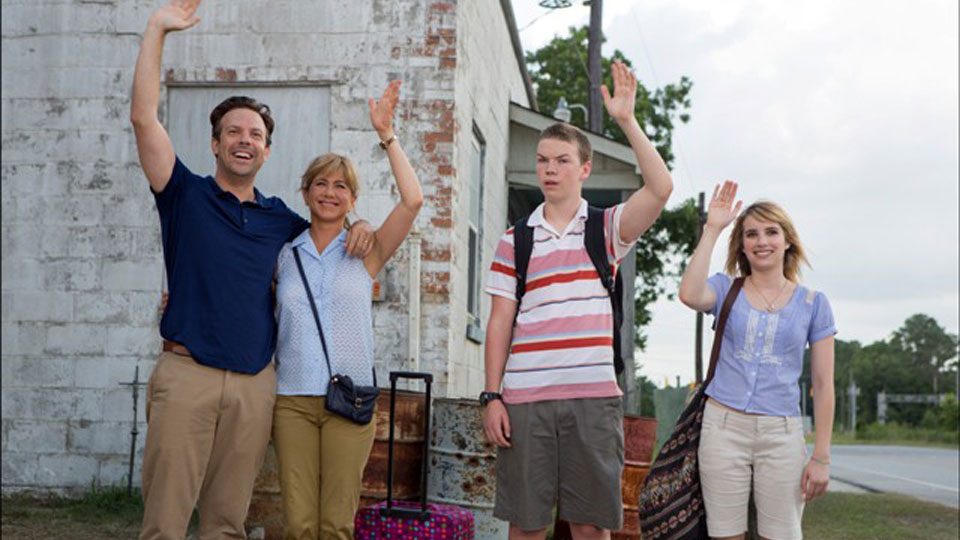 The movie’s stars Jennifer Aniston, Jason Sudeikis and Will Poulter walked down the red carpet. They stopped to chat to Edith Bowman on the way before taking their seats in the cinema.

David is a small-time pot dealer whose clientele includes chefs and soccer moms, but no kids—after all, he has his scruples. So what could go wrong? Plenty. Having been jumped by a trio of gutter punks who steal his stash and his cash, they leave him in major debt to a drug lord. In order to wipe the slate clean, David must now become a big-time drug smuggler by bringing Brad’s latest shipment in from Mexico. Twisting the arms of his neighbours including a cynical stripper, a wannabe customer and a tatted-and-pierced streetwise teen, he devises a fool proof plan. One fake wife, two pretend kids and a huge, shiny campervan later, the “Millers” are on a roadtrip that is sure to end with a bang.

We’re The Millers is released on 23rd August. Take a look at footage from the premiere below:

In this article:Jason Sudeikis, Jennifer Aniston, We're The Millers, Will Poulter