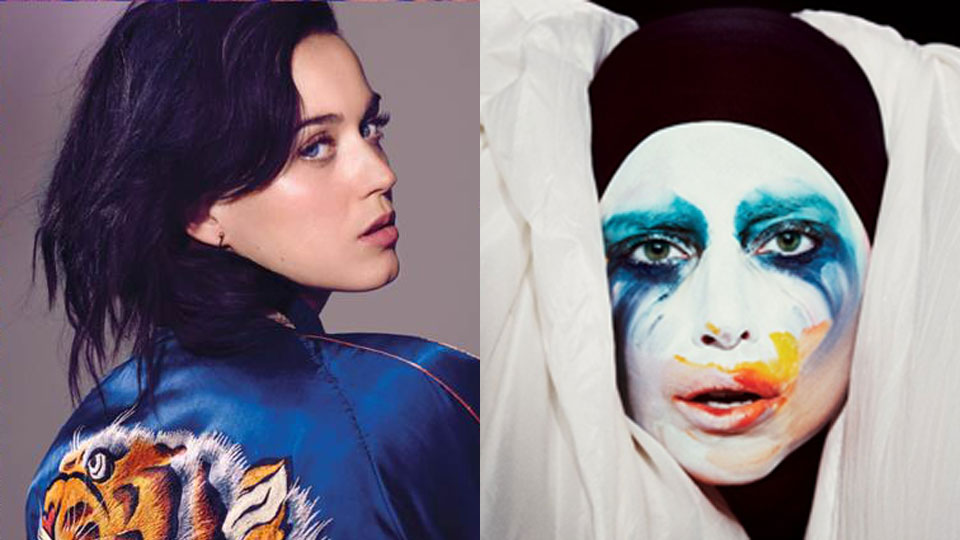 You can tell we’re hurtling towards Christmas when the juggernauts of pop start releasing new singles.

This week (and it’s only Tuesday) Katy Perry and Lady Gaga have both officially launched their new singles. Katy Perry released the lyric video for her track Roar, the first to be taken from new album Prism, whilst Lady Gaga rush-released Applause, from her new album ARTPOP, after a series of leaks.

It seems that the fanbases for the two artists have been clashing online with some suggesting that Lady Gaga is piggy-backing Katy Perry’s hype. Personally we love both ladies and think there’s plenty of room for everyone.

Take a listen to the two tracks below and let us know which one you like best by voting.