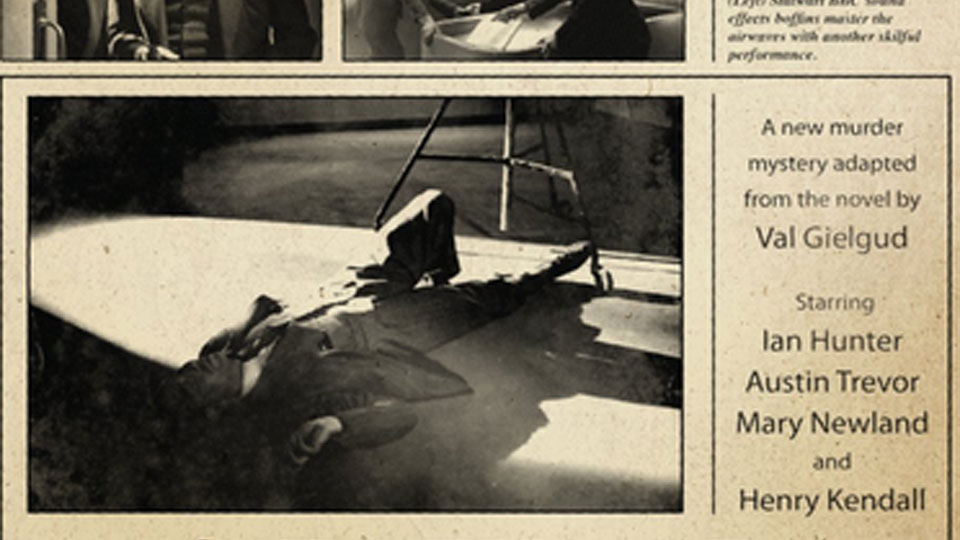 Taken on its own merits, in terms of how well-written, nuanced, structured and intriguing the film is – Death at Broadcasting House is awful, and indeed laughably bad in parts. Nevertheless, at nearly eighty years of age, and with some notable names in the cast of deceased actors of yesteryear, Death at Broadcasting House gains a strong curiosity value which makes up for the actual quality of the material.

Whereas the plot, involving the live-on-air murder of an actor whilst he’s recording his death scene, is a bit silly, it becomes an enjoyably self-referential device given the casting of Donald Wolfit in the part – here making his first ever film appearance. Wolfit was known as a prickly customer who made plenty of enemies. In Death at Broadcasting House, he’s ticked off by producer Val Gielgud (brother of John, who wisely left the acting to his sibling for the most part – also responsible for the script here) for underplaying his death scene. It’s possibly the only time Wolfit, even tangentially in character, was ever accused of underplaying anything. Surely the whole film is a joke at Wolfit’s expense?

There’s an amusing comedy turn by Henry Kendall, as an affable idiot who can’t find the recording studio he’s in the audience for. He wanders around Broadcasting House with ready access to everywhere, fulfilling the function of entertaining red herring. Was security really so lapse in those days?

The whodunit element of the plot never really satisfies, though the use of the recording equipment within Broadcasting House to identify the murderer is vaguely plausible and clever enough.

In reality, most people won’t watch Death in Broadcasting House for its plot or storytelling, but for the historical significance of the film and the talent involved. Notably, Jack Hawkins pops up in an early role, two decades before his heyday; and Ian Hunter plays the police detective charged with solving the crime. Period lovers will adore the indelible stamp of the 1930s: peculiarly mannered performances, large mobster-style suits, Art Deco surroundings and appearances by leading lights Elisabeth Welch and Eve Becke in a working studio.

Daft but fun, Death in Broadcasting House retains an appeal through concept and cast rather than for an average treatment of a hackneyed idea.

Death at Broadcasting House is part of Network’s The British Film collection.