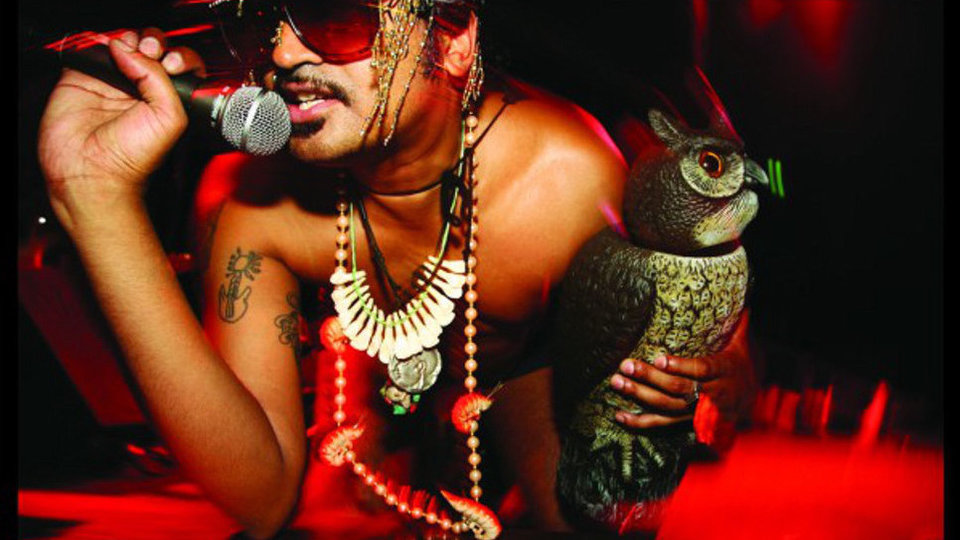 King Khan & The Shrines are back following the release of their last album six years ago, What Is!?. The band is now releasing its new album on 2nd September, Idle No More via Merge Records. Darkness is taken from the album and its stop-motion video deals with some deep issues such as, life, death and what it’s like to be shot out of a cannon…

King Khan & The Shrines have sold out clubs all across the US, Europe and Australia and took the stages of some of the biggest festivals.

King Khan & The Shrines are:

In this article:King Khan & The Shrines