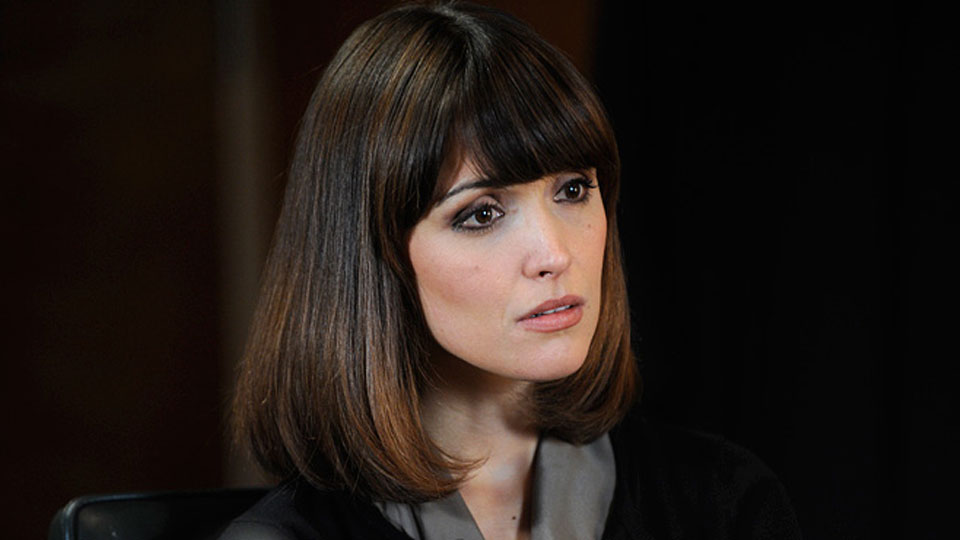 Ellen Parsons (Rose Byrne) is finally trying to step out of the shadow of her former boss Patty Hewes (Glenn Close) by taking on the case of Channing McClaren (Ryan Phillippe), an entrepreneur who runs a whistleblowing website uncovering secrets and lies that he believes to be in the public interest. When Channing’s latest source Naomi Walling (Jenna Elfman) ends up dead, Ellen steps in to clear his name and finds herself up against Patty who is representing Naomi’s daughter. Ellen is determined to do anything she has to in order to beat Patty and finally make a name for herself.

Damages came to an end in 2012 after five seasons that explored the complicated relationship between Patty and her protégé Ellen. Over the course of the series, the two women have butted heads, back-stabbed each other, worked together and tried to expose each other’s secrets. At the end of the fourth season Ellen was left furious when Patty sued High Star despite agreeing not to, putting the life of her friend Chris Sanchez (Chris Messina) in jeopardy. As the fifth season begins Ellen is setting up her own law firm, is in a relationship with Chris and still struggling with the knowledge that Patty tried to have her killed.

There are three primary plot strands for the final season; the Channing McClaren case, Ellen beating Patty and Ellen proving once and for all that Patty did try to have her killed. As usual nothing is quite as straightforward as it at first seems and Ellen finds her life intertwined with Patty more than ever. She hires an associate, Kate Franklin (Janet McTeer), who used to work with Patty in order to get the upper hand but could there be more to Kate than meets the eye? As she tries her hardest to build a strong case in Channing’s defence she finds that her new client isn’t all that forthcoming with the truth and is protected by his team including Rutger (John Hannah) and Gitta (Gillian Alexy).

At the centre of Damages, as always, are the strong performances from Glenn Close and Rose Byrne. The two actresses play their roles incredibly and their chemistry is fantastic. Whether they are playing nice or politely stabbing each other in the back, you can feel the tension mount as the season progresses. Close has won several awards for her portrayal of Patty and they are well-deserved. We wish that Byrne had picked up a few for playing Ellen though as she’s equally as good as Close. The new additions to the cast give strong performances with Jenna Elfman in particular impressing as whistle-blower Naomi. We’ve never seen her do a dramatic role before but she pulls it off with ease. Ryan Phillippe is perfectly cast as the charming yet reckless Channing McClaren.

Extras on the boxset include a selection of deleted scenes and outtakes.

Damages definitely goes out with a bang and if they should ever decide to revisit Ellen and Patty again the door is left wide open. The fifth season really shows how much Ellen has learned from Patty and you really begin to see that there isn’t a whole lot of difference between the two women by the end. It’s a shame that Damages never really found the audience it deserved as it was a fantastic show. If you like fast-paced shows like 24 or Scandal then you’ll love Damages. If you’ve never seen the show we strongly recommend you pick up the complete boxset featuring all five seasons.