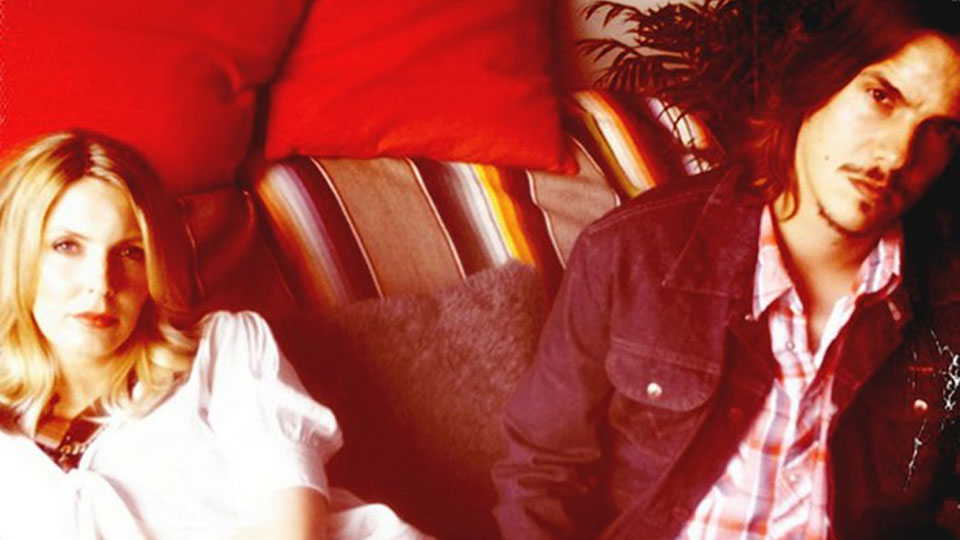 Paul Zervas and Kathryn Pepper’s folk rock sound was brought to our attention, by the lovely people at the London Welsh Centre, in a night that featured guest appearances from other Welsh artists and Coldplay’s former manager – Estelle Wilkinson. We had heard their songs on the radio (championed by Terry Wogan), but we had never seen them live previously. They appealed to every one in the room, from my Dad, to the little girls sitting by the front of their stage and we loved their live set! Now, it is time to take a look at their latest release, which is their new album, called Lifebringer, the long awaited follow-up to their 2011 harmony-heavy debut “Somewhere in the City’. On making the album, Zervas says: “We love the freedom of working outside of a sterile studio environment, it also means we can work throughout the night if we want and we’re not watching the clock. We spent many weeks with the band exploring where the songs ended up on the cutting room floor but that’s part of the creative process. Guests on the album include some of Wales’ finest musicians, including Jon Thomas (Aqualung) on steel guitar, Kris Jenkins (SFA) and Lee Goodall (Van Morrison).

After a few listens, we can safely say that this album in as melodic as the first and has the easy-going nature that made their debut such a success. What we’ve noticed on this album, is that the lyrics don’t have a heavy focus on their private lives, if at all and instead gives us a lot of character themed songs and vivid descriptions. They went to LA last year and the characters they met during their time there have helped to shape the album. “We wrote the bulk of this album whilst staying in LA last year, taking in as much inspiration from art, music and characters we ran into was we could. We get a real buzz from interesting story telling within a song, something to your teeth into, something you have to think twice about.”

There are some gems on this album, including Buffalo Crow, which tells the story of one man’s search through the desert for a medicine man, who when eventually found, performs a ritual before him. It’s a lovely opening to the album, with the psychedelic licks and soothing acoustic tones. Living in a Small Town, has some sweet melodies and tells a totally different story. The song’s theme is set with an almost 1950’s comic book style take on a bleak and impending future, where every day small towns are now sprawls, awash with helicopters and cameras, watching your every move.

Lookout Mountain has a soft and warm Americana feel and clap-along sound to it, where Pepper’s voice pierces and sounds at its most beautiful. We like the added psychedelic sounds that faintly creep in to the song as it merrily sways along. One Man Show has been featured as ‘single of the week’ on Radio Wales and we can see why it was given this title, it is another gorgeously written song that has a lot of depth and the sound of something that was released years ago, it sounds like an instant classic. Most of this album sounds in a similar vein, with the exception of Sure Fire Bet, which is our favourite on the album. The opening has a lot of oomph and it catches your attention instantly, we can imagine that this song would sound so powerful if it were to be accompanied by a choir, if it was to be played live – the chorus almost demands them to be there.

We love the story telling tracks on this album and they have progressed in terms of range and depth of their songwriting, to combine a whole range of characters and influences on this album. If you liked their first album, then you will thoroughly enjoy this album, as it is similar in style to that. This album is incredibly melodic, relaxing, soothing – with enough content in the lyrics to keep the listener engaged in every song. This is a great second album from Zervas and Pepper and we look forward to watching them closely in the next few years, to see just how far their songwriting journey and capabilities will take them.