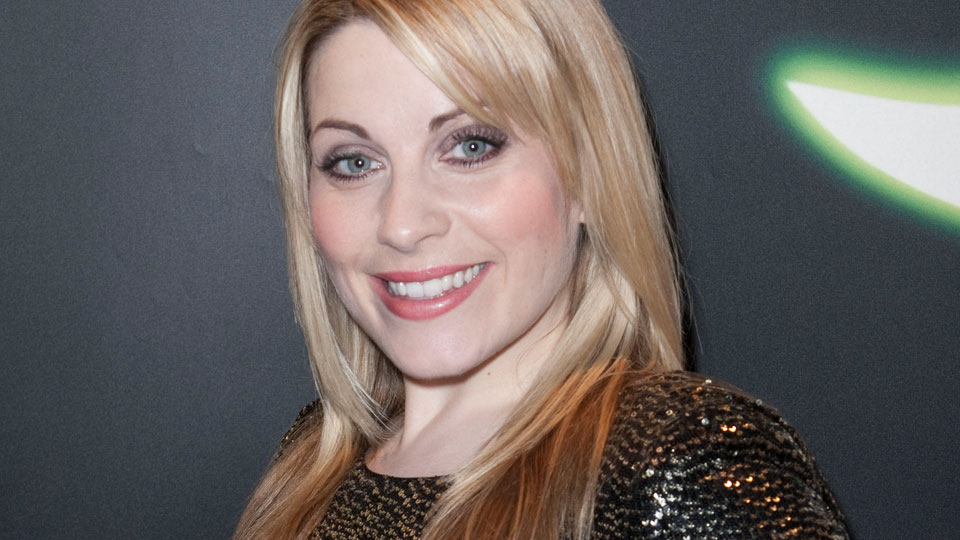 Since joining hit Musical Wicked as Glinda in 2010, Louise Dearman has made musical theatre history by becoming the only actress ever to have played both lead roles, and currently stars as Elphaba, belting out Defying Gravity to packed audiences eight times a week.

In a redefined Oz, Wicked tells the story of how Glinda transformed into the good witch and Elphaba became the Wicked Witch of the West.

After seven sell-out years on the London stage, we talk to Louise about Wicked’s runaway success.

When you first joined Wicked, what kind of impact did it have on your career?

I’d been slogging away over the years and slowly climbing the hill in my career, with some fantastic roles, but maybe in smaller productions or on tour. So to finally get Glinda in Wicked was a huge deal for me and suddenly a lot of people were noticing me and what I was doing. It was just a huge break and I’m incredibly grateful to have got into the show.

Did you ever expect to be the first actress in the world to play both lead roles?

I won’t lie, I’ve always had in my mind that I wanted to play Elphaba! I’m not sure it’s something I would’ve pushed for myself though. I wasn’t sure if the creative producers would go for it or not as it had never been done before so when they asked me to come and sing it through I was taken aback. There was no doubt in my mind that I would’ve loved to play both, but it was certainly a shock when I was offered it.

Did you find it hard adapting to the role after playing Glinda for so long?

I had ten months in between roles and it wasn’t strange for me to come back. It was lovely to see people that I still knew in the show and backstage so that made the process very easy. I thought that I would try and sing Glinda’s lines but I didn’t, I got into a mindset that I’m playing a new character and I’m just focussing on her. I adored the way Rachel Tucker played Elphba in the past so it was difficult to erase that from my memory and find my own way of playing her.

Which character do you enjoy playing the most?

Right now Elphaba. I love the comedy element of Glinda and using the soprano side of my voice but character-wise I’ve found it so interesting finding out about Elphaba and making her journey on stage every night. On top of that I get to sing these huge, incredible songs. Being greened-up is very exciting too and I love that whole transformation.

You have great on-stage chemistry with Gina Beck, who plays Glinda, what makes your relationship work?

For a start it helps if you get on with somebody backstage and we get on great! The chemistry’s already there and it’s all very natural and easy. Considering we didn’t rehearse together that much before we started, as Gina was currently in the show, we clicked instantly. We have a really good time together.

We’re both leaving in November and it’s kind of nice we are going together as last time I left, Rachel was staying and it was really hard to say goodbye. When I leave it will be a horrible in terms of holding back the tears and saying goodbye to everyone here but it will be an incredible night as all of the fans will come along and it’ll be an incredible atmosphere.

What’s your favourite part of the show?

I enjoy those moment when I’m not singing and can just play the character. Song-wise, I love No Good Deed, it’s definitely my favourite. I love the drama, excitement and passion and on top of that it’s just one of those songs that sits right in my voice. I know people would expect me to say Defying Gravity but I always look forward to No Good Deed.

How do you maintain your energy and voice through eight shows a week?

You have ups and downs, some weeks it’s fine and others it’s really tough. I can’t go out partying or stay up late. I go straight home after the show, no drinking, you just have to rest up as much as possible and try not to add too much to your day. I’ve also been lucky enough to have some great vocal training over the years so I know the tricks to use when you’re feeling vocally tired. But in Wicked there is no hiding, you are very vocally exposed. I was forced to do opera at college and I’m so glad now that I had that training and can pull that out of the bag if I need to!

It’s difficult for original musicals to survive in the West End, why do you think Wicked is such a success?

I think it’s a combination of things – the Wizard Of Oz link, of course. It also has the most astounding, spell-binding music that a lot of people are familiar with before they even come to watch the show. Visually the show is a feast for the eyes and emotionally people are moved by the story of these two girls. People from all backgrounds and all ages come to the show and even those who don’t usually go to the theatre love it because it’s such a spectacle. Some of the younger fans identify with Elphaba in particular. All of us have been through a phase where they are feeling a bit outcast or different and people empathise with her and understand her story.

Can you see yourself ever returning to the show?

I’m coming back as Madame Morrible! In a few years time I’ll be back, working my way through the characters! It’s been lovely and the producers have said that the door’s always open. I’ve had as much fun offstage as onstage as the team are just brilliant, so supportive, it’s a joy to come into work every day.

I can honestly say that I’ve played my dream roles! When I was 12 I was in the children’s choir of Joseph and the Amazing Technicolour Dreamcoat and I desperately wanted to play the narrator one day and that was my first professional job. I played Grizabella in Cats and then went in Evita in the lead role. But as soon as Wicked came out on Broadway and then came to London I just thought that I’d love to be in the show but couldn’t decide which part. Even at the audition, I sang songs by both Glinda and Elphaba because I didn’t know which part I would be right for and now I’ve played them both I feel like the luckiest girl in musical theatre. I’m very proud to have that achievement.

What can we expect next from you?

There will definitely be more music coming up. With my last album, Here Comes The Sun, I was covering pop songs but I wanted it to have a theatrical flair as I didn’t want it to be too far removed from what I’m doing now – I wasn’t trying to be the new Britney! But people do seem to enjoy me singing the musical theatre tracks so maybe the next album will be doing something like that.

Wicked is playing at the Apollo Victoria Theatre in London. For more information and tickets go to www.wickedthemusical.co.uk

Advertisement. Scroll to continue reading.
In this article:Louise Dearman, Wicked